Ed Sheeran Storms Charts With ‘x’, But Is It Any Good?

What are music critics saying about Ed Sheeran's new album? 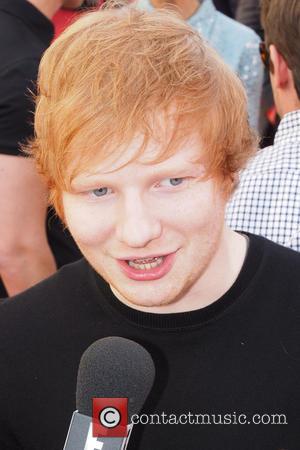 Ed Sheeran is not a singer who has to worry about what critics say. You wouldn't either, if your latest album had stormed the charts worldwide, selling zillions of copies and breaking umpteen records. Having taken the pop world by storm with only aIt seems amazing that x (pronounded "multiply" is only the 23 year-old second album, following on from his 2011 debut, +.

"This is, in every respect, a richer blend, more seamlessly combining the factors that made him so immediately accessible first time round," says The Telegraph's Neil McCormick, adding "these are genuinely great songs, where melodies flow, rhythms groove, choruses erupt and lyrics jab you with surprises."

Praising "Sheeran's willingness to tackle issues not normally dealt with in the realm of fizzy teen pop," The Guardian's Kitty Power. "Penning relationship crack for teenage girls is a much-derided art, despite being perfected by the Beatles, but Sheeran's is particularly calculated," the critic adds.

NME isn't so convinced: "[Sheeran has] got the touches of 'urban' styling with flimsy hip-hop rhythms and Plan B-lite veering between half-arsed rapping and boyband emoting."

The New Zealand Herald sums up the album and Sheeran's general vibe as "Songs that talk about love, and lust, and bewilderment in a way that seems honest," adding "Don't is a fairly cutting riposte of someone who betrayed him, and I'm A Mess is an admission that he's equally able to screw up."