Ed Sheeran 'is one of music's realest people'

'Thinking Out Loud' hitmaker Ed Sheeran is one of the ''realest'' people in the music business, according to Jamal Edwards. 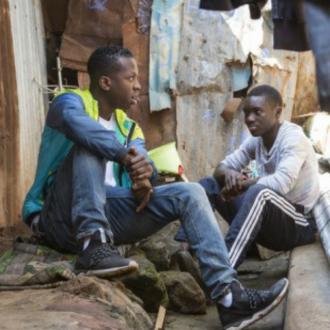 Ed Sheeran is one of the ''realest'' people in the music business.

The 24-year-old singer has established himself among the most in-demand names in the industry, but according to his long-time friend and music entrepreneur Jamal Edwards, Ed has hardly changed since achieving stardom.

Jamal - who recently visited Kibera, the largest slum in the whole of Africa, with Save The Children for action/2015 - exclusively told BANG Showbiz: ''He is one of the most realest people. For example, like when I was speaking to him not so long ago and we were in a club and he was in the same club as the guy from 'Gangnam Style'. He was like, 'Yeah, this is sick!'

''So, as much as what's going on in his world, he's still excited by the people he gets to mingle with.''

Jamal, who's also worked with the likes of Jessie J and Rita Ora, said humility is a common trait among chart-topping musicians.

He shared: ''With all these people, they manage to keep it real, but they've come from humble backgrounds.

''They never forget where they've come from. I speak with Ed every now and again to catch up with him. He's smashing it.''