After Fighting His Way To The Top, Ed Sheeran Is Ready To Share His "Visual Journey"

Ed Sheeran is a pretty big deal now, just fyi. But before his undeniable songwriting talent got him to the top – all within the space of four-five years, Sheeran was a struggling musician just like the rest of them. You can now read about that less-than-thrilling period of his life in the X musician’s new book, Ed Sheeran: A Visual Journey. Was that plug too obvious? 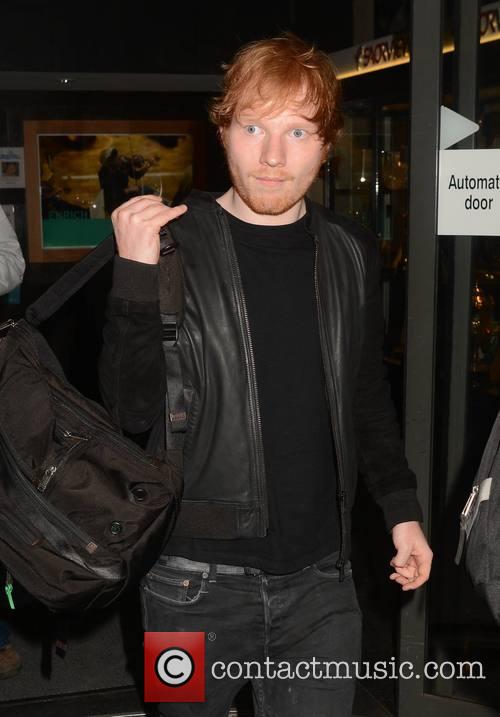 Ed Sheeran wasn't always the hot s--- he is today.

Sheeran talked to The Guardian about his early years and how les struggs of a young artist helped him craft the music and the persona we know and love today.

“I mean, at the end of the day, I was enjoying doing it. I would have been doing it regardless. It was my hobby as well as my job. So I would have done it whether it worked out or didn’t. But there were definitely moments that weren’t great.”

Sheeran feels that his brief career is yet to merit a full-scale autobiography in the vein of Jagger or Richards or Elton John, but he does have some stories to share – not all of them great. When asked about the bits he didn’t quite love, Sheeran said: Playing to no one, I think. Having to sell CDs out of my bag to buy train tickets and food.”

The book – and the interview – paints a hero’s tale, complete with trials, tribulations and a triumph. In Sheeran’s case, it’s returning to Buckingham Palace, where he once slept rough by a heated arch outside the grounds. [It was v]ery surreal because we actually passed through the arch to get into the Jubilee. To be honest, I don’t really dwell that much on the past. I see everything I did in that period as a set up to what I’m doing now.”