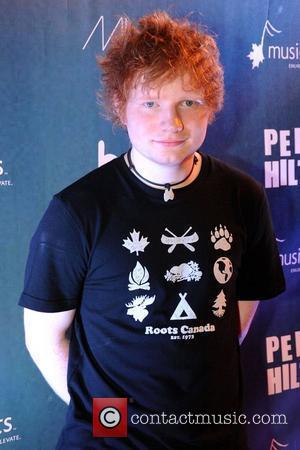 British singer Ed Sheeran is frantically trying to track down two guitars for a weekend (23-24Jun12) performance in London after they went missing following a flight.
The A Team hitmaker is taking to the stage at the Hackney Weekend event on Saturday (23Jun12), but he's facing a race against time to find instruments which have been misplaced.
In a post on his Twitter.com page, he writes, "so after delta (airline) messing up the flight over here, they have lost both my guitars. hope i get them back in time for Hackney weekend."
And in response to a message from rapper Professor Green, he adds, "very s**t man, irreplaceable instruments. just need them for the festivals and radio things this weekend, il (I'll) sort it."