Sheeran and Foo Fighters are the red-hot favourites to join Radiohead at the top of the bill at Glastonbury Festival 2017, according to new reports.

Having made a tentative return to social media earlier this week after the best part of a year off, Ed Sheeran is reportedly on the verge of landing the biggest gig in music – a headline slot at Glastonbury Festival.

Sources told The Sun on Thursday night (December 15th) that the 25 year English star, who had one of the world’s biggest selling albums of the last couple of years with his sophomore effort X in 2014, is set to be unveiled as the second headliner on the iconic Pyramid Stage in July next year. 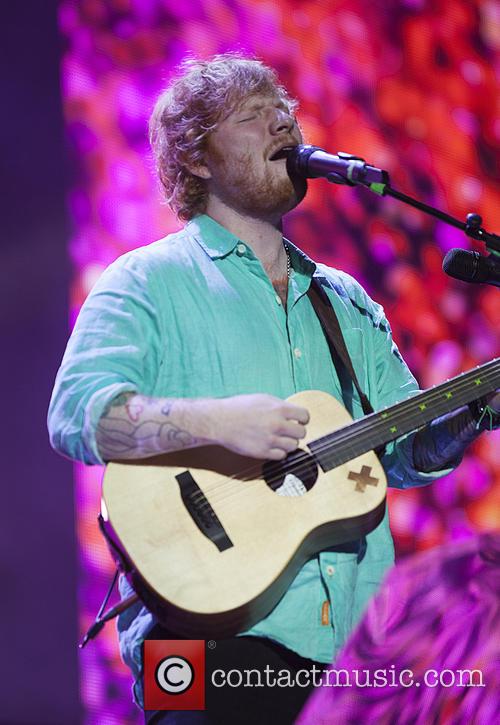 Ed Sheeran is being hotly tipped to headline Glastonbury 2017

“Michael [Eavis, Glastonbury chief] is delighted to get Ed signed up. It’s going to be a huge moment for the festival having him up there marking his comeback in front of a giant crowd,” an insider told the tabloid paper.

“Ed’s always said headlining Glastonbury has been a big ambition of his. Topping his three sold-out Wembley Stadium shows last year will be tough, but this is as big as it gets.”

More: Ed Sheeran jokes about ‘sword’ scar on his face during charity gig

Glastonbury officials have not officially commented on whether the rumours are true or not, but Sheeran is now definitely in the race as one of the favourites, alongside Foo Fighters who are heavily tipped to be one of the headliners after they had to cancel their 2015 slot at the last minute.

Intense speculation that the likes of Lady Gaga, Daft Punk and the reformed Stone Roses might be in the running, it looks as if the bill is now taking shape.

Two months ago, iconic alternative rock act Radiohead were confirmed as the first headline act at next year’s festival – exactly 20 years after they memorably performed what is widely regarded to be the greatest performance in Glastonbury history.