The multi-million selling star will be given the award by University Campus Suffolk later in 2015.

He quit school at 16 after his GCSEs in order to pursue a career in singing, but Ed Sheeran is set to be awarded with an honorary degree later this year to reflect his “outstanding contribution to music”.

The pop megastar, who recently completed three nights of sold-out gigs at Wembley Stadium at the end of his extensive world tour, will have the honour bestowed upon him at a ceremony at University Campus Suffolk (UCS) in the autumn. He is among a number of people to be honoured at the same time as 1,800 other graduates on a date yet to be confirmed but believed to be in September or October. 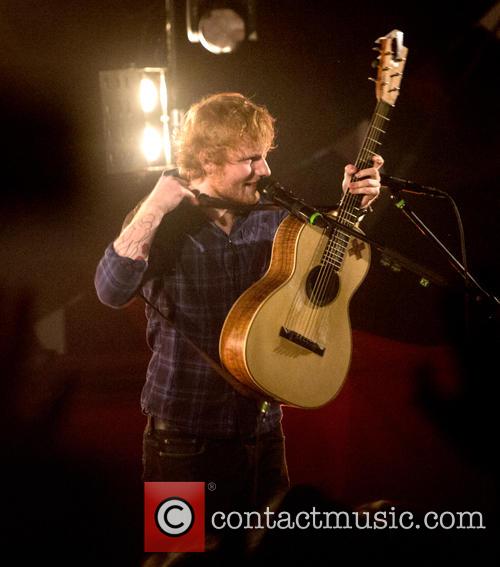 “I've had an amazing year with my world tour and this makes it even better,” Sheeran said in reaction to the news. “Suffolk is very much where I call home and I'm always welcomed back and get so much support.”

Sheeran famously busked on the streets of London while he built up his initial batch of songs, staying on friends’ sofas before his multi-platinum-selling career took off. “Receiving this recognition is a real privilege,” he continued. “UCS is at an exciting point in its development and I look forward to building links with UCS and its students in the months and years to come.”

Despite his exhaustive touring schedule ever since he released his second album X last June, Sheeran has maintained a connection with the county he calls home. Though he was born in Yorkshire, he was raised in Suffolk and attended Thomas Mills school in Framlingham.

In July this year, he performed two surprise sets at Latitude Festival (held near Southwold), and made headlines a couple of times over the years by taking his celebrity friends like Taylor Swift and Nicole Scherzinger to his local pub – the place where he also signed his record contract.