Ed Sheeran Home And Away

The 'Thinking Out Loud' singer filmed a handful of scenes for the Aussie soap when he was on tour back in March.

Ed Sheeran’s guest role in Australian soap mainstay ‘Home And Away’ has been revealed in a new short video.

The British pop superstar filmed a handful scenes for the soap when he was on tour Down Under earlier in 2015. He’s set to play the role of Teddy, who is revealed to be one of the children to whom Marilyn – one of the show’s long serving characters, played by Emily Symons – was nanny to when she lived in Britain.

His character visits Summer Bay, and treats everybody to a special performance at The Diner when they realise that he’s actually Ed Sheeran, the chart-topping singer. 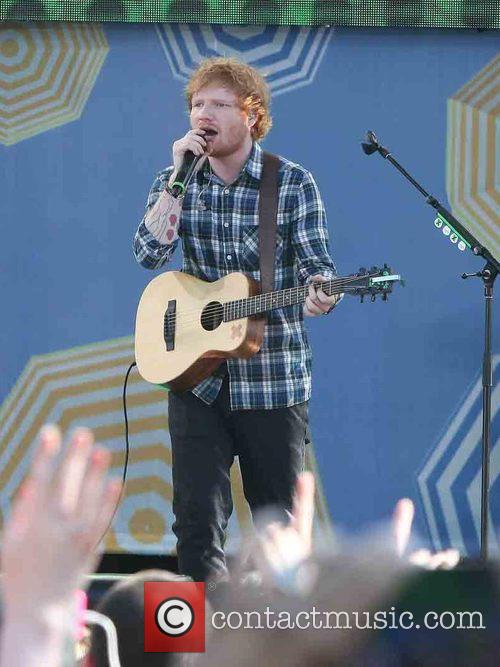 The 24 year old, who has recently wrapped up his lengthy world tour in support of his second album X, will also have a recurring role in ‘The Bastard Executioner’, a new medieval drama on FX.

More: Ed Sheeran reportedly set to take a month off to volunteer in a Suffolk charity shop

Speaking back in March this year, Sheeran revealed both the cameo role and his long-standing interest in the show. “It's an Australian institution. It's always on in my local chip shop. I got asked to do it and it sounded like it could be fun. I did ‘Shortland Street’ in New Zealand as well and I'm sure if ‘Emmerdale’ or ‘EastEnders’ ever ask me in England I would do that as well.”

‘Home And Away’ cast member Alec Snow, who plays Matt Page, said: “It was an awesome experience filming with Ed because he seemed like a really down-to-earth, nice guy that genuinely wanted to be there. It was funny seeing how star struck everyone both on and off set was. It was quite entertaining seeing the effect he had on everyone around him.”

The episode featuring Sheeran’s cameo will be broadcast next week on Channel 7 in Australia next week, and will come to Channel 5 in the UK later in the year.