Was Ed Sheeran Drunk While Presenting The MTV EMAs? Probably.

Sheeran co-presented the EMAs with Ruby Rose on Sunday night, but his rowdier-than-normal antics caused some to speculate whether he was drunk.

They’re supposed to the ‘sensible alternative’ to the showbiz blowout of the VMAs, but the MTV Europe Music Awards at the weekend provided a surprising number of talking points – not least the sight of a slightly drunk Ed Sheeran proving once and for all that he’s not just some bland nonentity.

The superstar, who picked up two awards during the evening as well as sharing the hosting duties with ‘Orange Is The New Black’s Ruby Rose, put in a gloriously half-cut performance that had many viewers commenting with amusement on his antics. 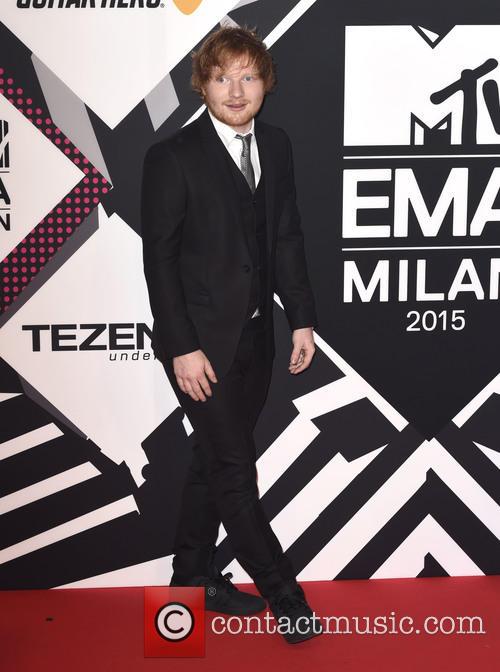 In contrast to his shy and awkward public persona and emotional, singer-songwriter image, Sheeran made a number of hilariously bawdy comments in some back-and-forth material with Rose. At one point, he asked his co-host if she wanted to play “hide the banana”, and then complimented her on her “p***y” during a conversation about cats. All above board, though.

The singer, who is planning a deluxe re-issue of his multi-platinum-selling second album X before the end of 2015, also made a couple of jokes about drinking gin and sobering up, and at several points throughout the evening was seen tottering around jovially with a drink in hand. His monologues to the camera also seemed to get increasingly woozy.

At the end of the night, Rose and Sheeran sat down on a sofa with a takeaway to wind down, when the actress told him “I think you’re drunk” and tried to feed him some pasta to get him to sober up.

If the EMAs producers were hoping for a hilarious juxtaposition of shy Sheeran and fiery Rose, they may have gotten more than they bargained for. Nevertheless, Rose still proved herself to be the more immediately eye-catching of the pair, operating a flame thrower and a glitter cannon during the shows.

Sunday night’s big winner was Justin Bieber, who demonstrated his popularity in Europe by winning five trophies including Best Male and Best Worldwide Act. Taylor Swift didn’t sweep the board as she has done at virtually every other awards show this year, but did bag two awards in absentia – Best Song for ‘Bad Blood’ and Best US Act.

Watch the trailer for Ed Sheeran's Jumpers For Goalposts here