The 'Thinking Out Loud' star is reportedly to be the subject of a special concert movie, filmed at his upcoming Wembley Stadium gigs.

Ed Sheeran looks set to join the increasing ranks of pop stars with their own concert movies, just like One Direction, Katy Perry and Justin Bieber, with reports that his upcoming Wembley mega-gigs are to be transformed into a cinematic experience.

Reports emerged in The Sun on Wednesday (June 24th), quoting Ed as saying “We are doing something for the Wembley Stadium gigs. It will be a documentary. It's going to go out in cinemas in the UK and Europe. But it's just going to be a one-off thing.” 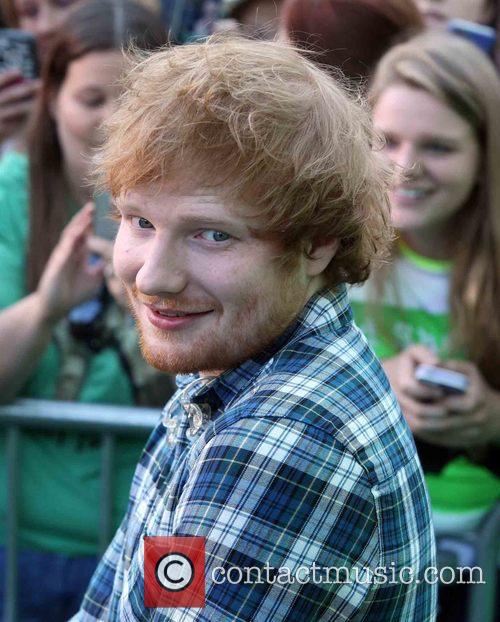 Will Ed Sheeran be getting his very own concert movie?

24 year old Sheeran kicks off a trio of sold-out gigs at Wembley Stadium on July 10th, which will be attended by approximately 90,000 per night. Cameras will reportedly be granted access to all areas backstage, in order to film the star in the build-up to the massive concerts, as well as the performances themselves.

Interest in him is understandably at an all-time high, and he was apparently asked by The Sun whether he would consider starring in his own reality show. “If I had kids and someone came to me and said ‘Here's a reality show, here's a bunch of money’, of course I'd do it, but I'm not at that stage yet.”

The success just keeps coming for Sheeran, whose second album X was released just over a year ago. Incredibly, it has spent the entire 52 weeks in the UK Top Ten, and is believed to have sold more than 10 million copies worldwide. One of its many hit singles, ‘Thinking Out Loud’, has also spent exactly one year inside the UK Top 40 Singles Chart.