Ed Sheeran and Sacha Baron Cohen teamed up to bust out an Arabic rap on Thanksgiving (28.12.13) at a party hosted by Courteney Cox. 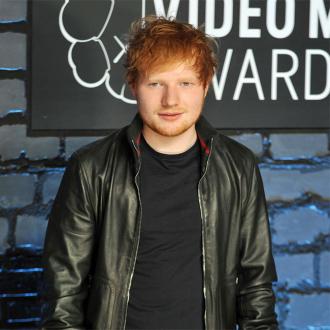 Ed Sheeran and Sacha Baron Cohen teamed up to sing an Arabic rap on Thanksgiving (28.12.13).

The 'Everything Has Changed' hitmaker celebrated the holiday at a party hosted by actress Courteney Cox, and he had a great time entertaining the guest, especially when the comedian joined him on stage.

Ed told E! News: ''Courteney set up like a PA system and I did a show there. It was very random. One of my all time favourite actors and comedians, Sacha Baron Cohen, was there and we ended up jamming and he did a rap in Arabic and stuff. It was very funny.''

The 22-year-old singer ended up having two Thanksgiving dinners.

He also spent time with Courteney's 'Friends' co-star Jennifer Aniston during the American holiday where he relaxed gorging on tasty treats and drinking a lot of wine after being invited along by a mutual pal.

He explained: ''I ate a lot of food, drank a lot of wine and played a lot of songs. I didn't do [any music] at Jen's house, I just drank.

''I finished in studio and I called up my friend. He was like, 'I'm at Jen's house and we're just having a chill hang so I was like, 'OK.'

''Then I turned up...and they're having a proper Thanksgiving meal and I'm there and I think I was wearing my board shorts or something. It was fun.''