Ed Sheeran, Pharrell Williams And Bruce Springsteen Are Among The Stars Slated To Perform At An Upcoming Concert Aimed At Easing Racial Tensions In America. 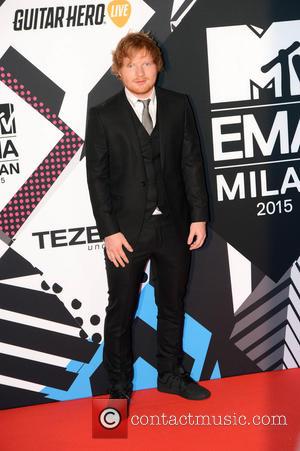 The singers have signed up to take to the stage during the Shining a Light: A Concert for Progress on Race in America at Los Angeles' Shrine Auditorium on 18 November (15).

The event is being organised by bosses at America's A+E Network as a response to the fatal shooting at the Emanuel African Methodist Episcopal Church in Charleston, South Carolina in June (15), when nine worshippers were killed by a gunman in attack which is alleged to have been racially-motivated.

"By shining a light on the uncomfortable truth that racial inequity and bias still impact our society, we are looking to inspire people to go beyond short-lived, symbolic gestures," A+E Networks President Nancy Dubuc said in a statement.

The concert, which will be broadcast on A+E Networks channels in the U.S., will kick off the company's campaign to confront issues of race and promote racial equality.

Ed Sheeran and Kylie Minogue team up on new song

Ed Sheeran makes music for himself - not his fans