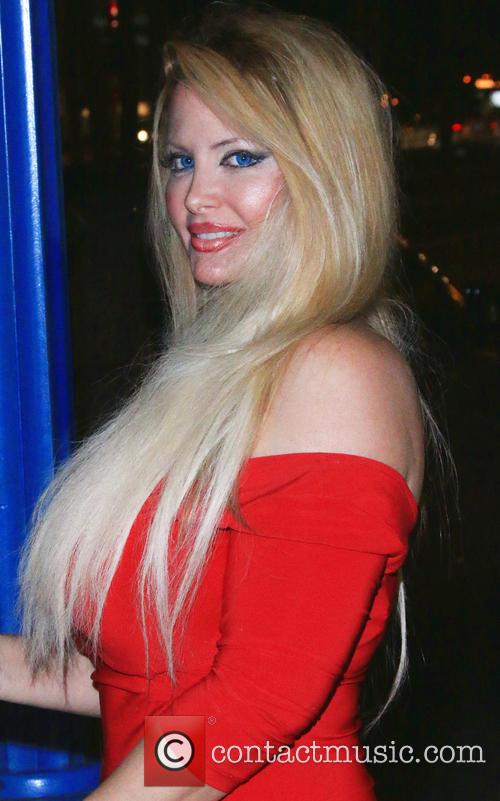 When Thunder is abandoned into the street by his owner as a kitten during a house move, he finds himself in the home of an eccentric aged magician named Lawrence and his family of friendly mechanical toys on a stormy night which gives him his name. Lawrence takes him on tour performing at parties but it soon becomes clear that he's much more popular than the magician's old pet rabbit, Jack - a fact that doesn't sit well with either Jack or the magician's mouse Maggie. However, the furry team must unite for the sake of Lawrence when trouble arises in the form of his nefarious nephew, who is attempting to sell the large house while Lawrence is away at hospital. Thunder and his new friends decide to try and convince him that the house is actually haunted, with Thunder at the forefront of the ploy. The question is, do Lawrence's unusual family have it in them to save his livelihood?

Continue: The House Of Magic Trailer

Actor Ed Asner insists he's fine, after he was unable to complete his one-man show FDR on Tuesday

On Tuesday night (March 12, 2013), Ed Asner became disorientated during his one-man show, FDR and a 911 call brought the paramedics to the Marquette Pavilion in Gary. According to Chicago Sun-Times, the show started around 45 minutes late and while he was onstage, Asner appeared to have difficulty breathing and was struggling with his lines. After around 15 minutes, backstage staff had intervened and Asner left the stage, where he was treated by paramedics.

Headlines regarding the incident blamed “exhaustion” (Chicago Sun-Times) and described the 83 year old as “disorientated,” (Daily Mail) where others described his behaviour as “worrisome” (Fox News). However, Asner himself was quick to quell any alarm that had developed over the situation and tweeted a message to say “Reports of my imminent demise are greatly exaggerated. They tell me I am suffering from exhaustion. Thanks for the good wishes!” A representative for Asner told USA Today that he had been taken to a Chicago hospital, where he was “resting comfortably.”

Asner is best known for his roles in the Mary Tyler Moore show and its spin-off Lou Grant and has recently been touring the country, playing the role of Franklin Delano Roosevelt, in FDR for over three years.

Hollywood veteran Ed Asner was hospitalized on Tuesday night, after having to cut short his sold-out performance in Gary, Indiana.

Asner, 83, best known for his role as Lou Grant on the “Mary Tyler Moore Show” had to be rushed off-stage in the middle of his portratayal of Franklin Delano Roosevelt in the one man show FDR. It is as yet unclear what the cause of the problem was. According to an audience member, he appeared confused and was not speaking clearly. The problem had started right before the show, apparently, since earlier in the evening, Asner had appeared in good health, when he conducted an acting class elsewhere in Gary.

Medical personnel arrived on the scene quickly and the performance was cut short. Asner also has other performances scheduled across the country, but it is presently unclear whether they will be cancelled or not. Currently, the actor is still recovering in a hospital in the Chicago area, but no other announcements have been made about his condition. A rep for Asner later released the statement that he had been suffering from exhaustion and was now resting comfortably.

Paul Rudd isn't often associated with words such as 'Grace' or, for that matter, 'tact', with roles in great contemporary-classic comedies such as 'Anchorman', 'Forgetting Sarah Marshall', or in the flop 'Dinner For Schmucks', but it seems that Broadway's 'Grace', in which he's currently starring, is exactly what Rudd needed bring attention to his own grace. Plus, his pairing with Ed Asner (Disney Pixar's 'Up') in this brand new American four person stage-play, that also stars Michael Shannon ('Boardwalk Empire', 'Revolutionary Road') and Kate Arrington (Broadway veteran), certainly seems like a match made in heaven.

'Grace' has been described on Playbill.com: "In alternating scenes of hilarity and poignancy, life turns surreal for an eclectic foursome whose destinies collide in the Sunshine State... A wide-eyed young couple (Rudd & Arrington) head south with big plans to open a chain of Gospel-themed motels. When an agitated rocket scientist (Shannon) and a prickly pest-control man (Asner) enter the picture, the couple's ordered world is thrown into utter chaos."

In response as to whether this 'utter chaos' finds any kind of aesthetic stage value one tweeter said of 'Grace': "It's brilliant. It made me laugh, cry and contemplate grace. Ed Asner is a national treasure." To celebrate the play and its themes, a whole host of special events have been organised around it, included a series of three 'talkback' evenings. October 10th, 17th and 24th will see a variety of speakers from critics, members of the cast as well as members of the clergy meet to discuss themes of the play, focussing particularly on the aspects of faith that it probes.

Watch the trailer for Up 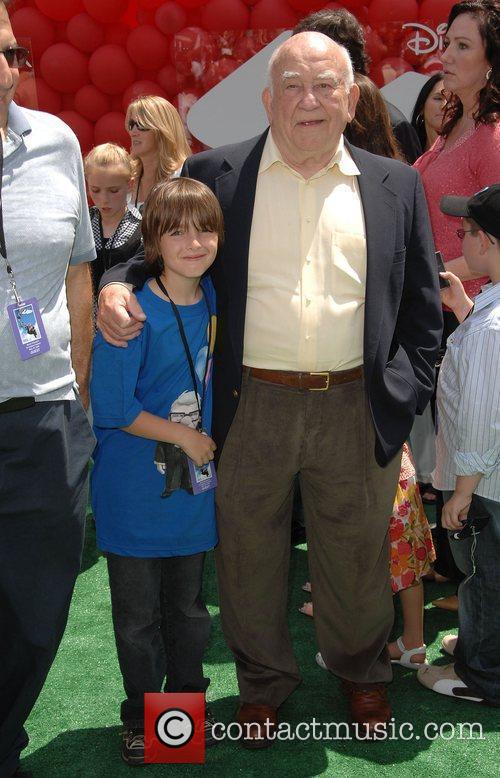 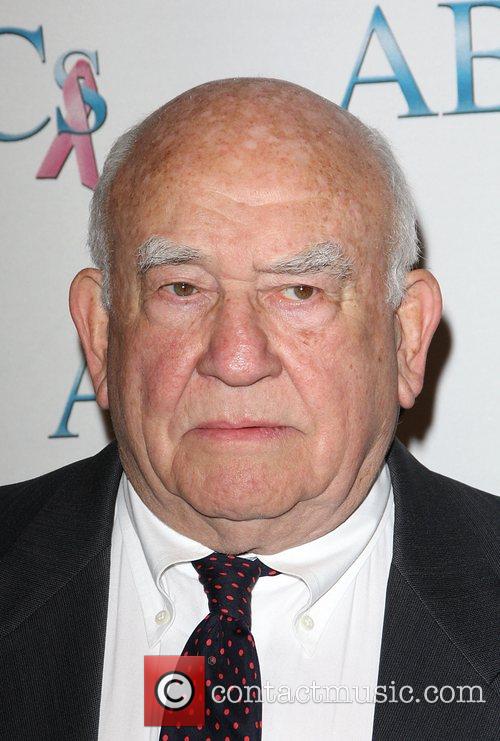 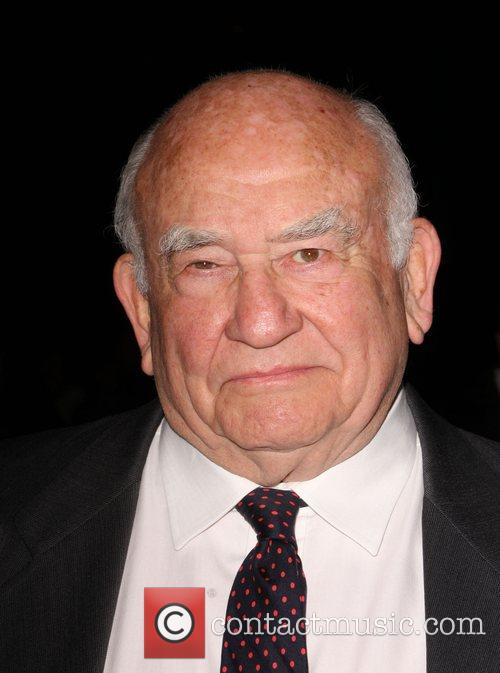 The Girl Most Likely To... Review

By Don Willmott
Good
Made for TV in 1973, right around the time the smoke was starting to clear from a nationwide wave of bra burnings, The Girl Must Likely To... is a deeply dark revenge comedy with a feminist agenda that's as relevant today as it was back in the day.

Co-written with acidic wit by Joan Rivers, the briskly paced telepic stars Stockard Channing as Miriam Knight, an overweight, frumpy, oh, alright, I'll say it... butt ugly college co-ed who schlumps around the campus hiding behind frizzy hair and baggy clothes. Everyone treats Miriam like dirt. The jocks tease her, the pretty girls avoid her, and the professors ignore her. Amazingly enough, Miriam is engaged, but even her plumber fiancé Harold (Warren Berlinger) mistreats her.

Continue reading: The Girl Most Likely To... Review

By Christopher Null
Terrible
I'm hard-pressed to remember a film worse than Change of Habit, a movie which features the following:

- Elvis Presley (in his final movie role) as a singing doctor in a free urban clinic- Mary Tyler Moore as a nun and nurse- A plot which features said nurse and her friends "going undercover" in said doctor's clinic, and- The inevitable romance between Elvis and Mary.