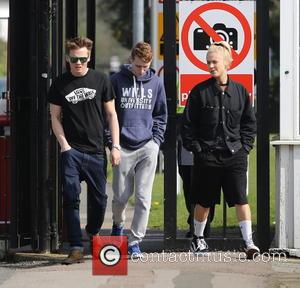 British actor Ricky Norwood has been suspended from hit U.K. soap opera Eastenders after he was caught up in a drug scandal.

Norwood, who plays Arthur 'Fatboy' Chubb on the long-running show, was hauled before Bbc bosses last week (beg24Mar14) after he was apparently recorded smoking cannabis during a Skype conversation. He also reportedly exposed himself in the Internet video.

EastEnders executives have now decided to suspend him for two months.

A statement from a spokesperson for the soap reads, "Ricky Norwood has been suspended from the show for a period of two months with immediate effect.

"In addition, Ricky would like to apologise to EastEnders' viewers for any offence caused and for bringing the show into disrepute."

The 28 year old, who once dated Sugababes star Jade Ewen, joined EastEnders in 2010.