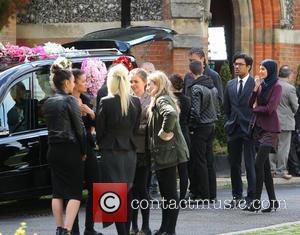 British soap star Khali Best has been suspended from top soap Eastenders for three months due to bad behaviour.

The actor, who plays Dexter Hartman on the long-running Bbc show, was handed the disciplinary action by show producers this week (begs26May14), months after winning the Best Newcomer prize at the U.K.'s National Television Awards.

A statement issued by Bbc bosses reads, "Khali Best has been suspended from EastEnders for three months. We will not comment any further on this matter."

Reports suggest Best was punished for misbehaving backstage on the soap and for his actions outside of work, which included his involvement in a car crash earlier this month (May14).

The 26 year old has yet to comment on the suspension.