56 year old Holmes has been the lead anchor of Sky News' breakfast show 'Sunrise' since 2005, and will be stepping down in October.

Northern Irish TV host Eamonn Holmes is to step down as the anchor of Sky News’s breakfast show ‘Sunrise’, after 11 years in the job.

Announcing his departure in a Facebook post on Thursday (September 1st), the 56 year old presenter said he needed “step away from the daily studio commitment for a while” and pursue personal projects.

Belfast-born Holmes has presented ‘Sunrise’ since 2005, having arrived at Sky from ITV where he had hosted GMTV for 12 years since 1993. However, he will continue presenting ITV’s ‘This Morning’ breakfast show alongside his wife, Ruth Langsford. Holmes also works for Channel 5 on game show ‘It’s Not Me, It’s You’ and the documentary series ‘How the Other Half Lives’. 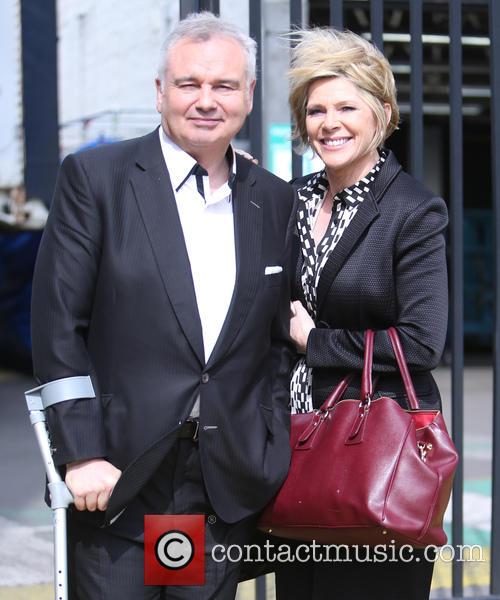 It is understood that Holmes has come to an “amicable agreement” about the early termination of his contract, and his last show as presenter of ‘Sunrise’ will be on October 13th. He had signed a lucrative deal in 2013, amid reports he was about to be poached back by ITV for its early morning show ‘Daybreak’.

“However, after more than 3,000 hours of programming it is a habit I have to suppress. Increasingly in life I have found myself in the fortunate position of having so much to do but little time to do it. This seems an opportune moment to change that. Going forward, I will now produce and present a number of documentary projects which I have been stalling for some time.”

He added that while it was a decision he made reluctantly, the opening of Sky’s new HQ in Osterley in West London meant that the programme had a change to totally overhaul itself, and that new blood would be required.

“Nothing stays the same, nor should it,” he said. “New studios mean a wonderful chance for new ideas and a new approach with new presenters.”

John Ryley, head of Sky News, paid tribute to Holmes in a statement of his own: “There are very few presenters who can challenge their interviewee with acute questions combined with infectious charm – Eamonn does that. A true pro. We wish him the very best of luck in the future.”