He attacks the protestors at the March for Our Lives event.

For someone from a country where guns are banned and there are generally zero school shootings most years, it seems the obvious way to solve America's problem is to reduce the availability of firearms. Not according to Eagles of Death Metal star Jesse Hughes, however, who's angry that anyone should suggest such a thing. 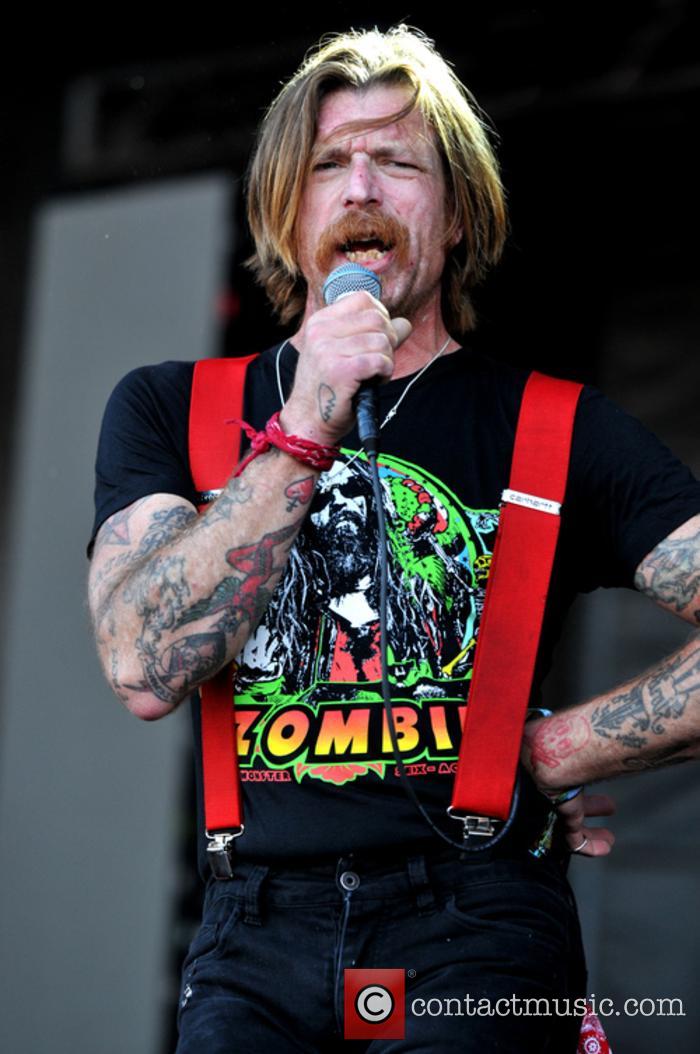 Eagles of Death Metal at Louder Than Life Festival

The band's frontman used his experience escaping the Bataclan mass shooting of 2015 as an excuse to launch an merciless tirade against the protestors of the March for Our Lives movement - including the young people who survived the Parkland high shool massacre.

In a now deleted Instagram post, he sarcastically slammed the idea of passing an anti-gun law and attacked the surviving students of the Marjory Stoneman Douglas High School shooting in Parkland, Florida for getting involved in the March.

'Obviously the best thing to do to combat chronic abusers and disregarders of the law (like the law against murder) is to pass another Law', he wrote. 'But before we pass this law we're going to denigrate the memory and curse ourselves by exploiting the death of 16 of our fellow students for a few Facebook likes and some media attention.'

It's worth noting that this is coming from someone who happily accepted the publicity from the Colin Hanks documentary on the shooting, 'Eagles of Death Metal: Nos Amis (Our Friends)'. Apparently, the hypocrisy is lost on him. He also went on to attack the high school kids for taking days off school for the protest, comparing it to his own experience in Paris - despite the fact that he didn't lose a bunch of his friends and classmates at the Bataclan.

'As the survivor of a mass shooting I can tell you from first-hand experience that all of you protesting and taking days off from school insult the memory of those who were killed and abuse and insult me and every other lover of liberty by your every action', he said. 'And when the truth don't line up with your bulls**t narrative just hold your breath and stamp your feet and [refuse] to accept it... Then take multiple days off of school playing hooky at the expense of 16 of your classmates' blood.'

'May every one of these disgusting vile abusers of the dead live as long as possible so they can have the maximum amount of time to endure their shame', he added.

Of course, suggesting that shootings would be reduced if 'good guys' were better armed - which is presumably what Jesse Hughes is advocating - makes sense in theory. But the world should not be treated like a war zone, and most of Europe proves that getting rid of civilian weapons puts an end to civilian shootings.

It's not the first time the rocker has made controversial statements of this kind. He twice accused the Muslim security team at the Bataclan of being complicit in the terror attack that he escaped and made baseless claims that Muslims celebrated in the street afterwards.