The band revealed its new masks earlier this week (beg08Sep14), but singer Corey Taylor has yet to reveal the identity of his new bass player and drummer.

However, insiders claim former Mastodon road crew member Alessandro Venturella has stepped in to replace the late Paul Gray on bass, and Jay Weinberg, who has often sat in for his dad on Bruce Springsteen dates, is the band's new drummer.

Slipknot's upcoming fifth studio album, 5: The Gray Chapter, will be the group's first without Gray, who died in 2010, and Jordison. 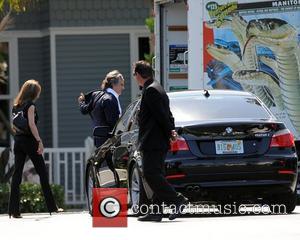