Jamie Dornan is back as Christian Grey in the (very) short teaser for 'Fifty Shades Darker', not due out until February 2017.

It’s only been a couple of months since the first Fifty Shades of Grey movie hit cinemas, but we’ve already got a sneak peek at the second. The first teaser for Fifty Shades Darker debuts on the Blu-Ray edition of the first movie, which is being released on May 8th.

The 30-second clip features a suited-up Christian Grey dressing himself in a mirror and putting on a creepy masquerade-style face mask, while the text flashing up on the screen reads ‘Are You Ready For Something Darker?’ 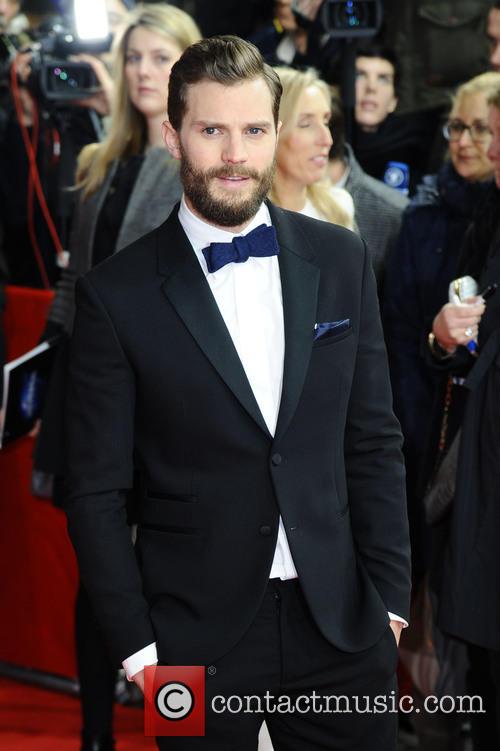 Earlier this week, Universal Pictures chairman Donna Langley revealed to The Hollywood Reporter that the second instalment in the movie adaptations of E. L. James’ trilogy would be “more of a thriller”.

The much-anticipated Fifty Shades of Grey was released on February 13th (just in time for Valentine’s Day). Though it received mixed to negative reviews, and the script was reportedly the subject of a power struggle between James and director Sam Taylor-Johnson, it has made $569 million worldwide.

Cameras haven’t started rolling yet, but both Jamie Dornan and Dakota Johnson will be back to reprise their roles as Christian Grey and Anastasia Steele exploring a sado-masochistic relationship. It’s not yet known who will direct the sequels, but we do know that James’s husband Niall Leonard has been hired to help write the scripts for them, which should alter the on-set chemistry slightly.

Watch the teaser trailer for 'Fifty Shades Darker' below