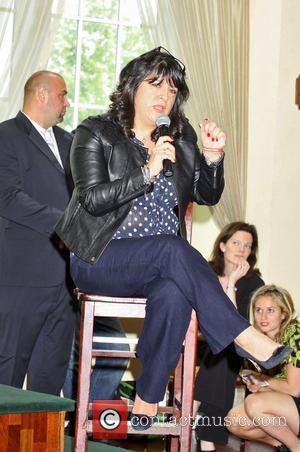 After weeks, if not months, of speculation and rumors regarding the cast, production and writer of the Fifty Shades of Grey film adaptation, we've finally been given one concrete fact. The Fifty Shades screenwriter is to be Kelly Marcel. But is she the right person for the job, given that her only success so far is the US sci-fi drama Terra Nova?

Note 'so far', because it really is only 'so far'. Already Marcel has written the screenplay for 'Saving Mr Banks' for which filming started last month. A biographical drama, 'Saving Mr Banks' follows the controversy that Walt Disney faced while trying to procure the rights to make a film of Mary Poppins, coming up against the original novel's author, P.L Travers. It's set to star Hollywood heavyweight Tom Hanks as Walt Disney and English gem, Emma Thompson as Travers.

Marcel also did an “emergency rewrite” of 'Bronson', that stars her business partner and British actor Tom Hardy. The film went on to win 'Best Film' at the Sydney Film Festival in 2009, as well as being nominated for awards at the Sundance Film Festival, British Independent Film Awards and London Critics Circle Film Awards.

The LA Times quotes producer Michael DeLuca's views on Marcel, remarking on her “flawless structural technique" and "passionate commitment to emotion, humor and depth of character." DeLuca's producing partner, Dana Brunetti, said: “We were all taken with the depth and passion of Kelly’s engagement with the characters and world E. L. James has created, and we knew she was the right person to augment our 'Fifty Shades' family."