Actor Dylan O'Brien Is Convinced The Ancient Burial Grounds They Filmed Maze Runner: The Scorch Trials On In New Mexico Are Cursed After Falling Ill During The Shoot. 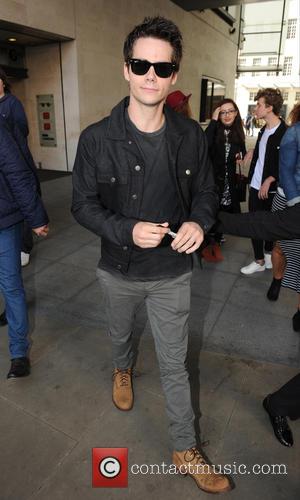 Crewmembers warned The Maze Runner actor and his co-stars to not disturb the sacred location, but they ignored the advice and O'Brien believes it's no coincidence several people ended up getting sick.

He says, "We filmed in New Mexico, in Albuquerque in these mountains, it was this ancient Indian burial ground and it hadn't been used for filming before. I think Lone Survivor was going to use it, it hasn't been used though.

"So they gave us this big speech when we got there to shoot and they said basically don't take anything and respect the grounds. They were very strict about littering and don't take any artefacts... and everyone just takes stuff (anyway).

"Within a week, five of our actors just like went down ill. Random stuff too: random appendectomy, random 103.5 (degree) fever, random broken ankle, it was crazy. I got sick, they had to send me home two nights in a row because I had a fever on the set."