Nat Turner was a former slave who on witnessing the scope of slavery across America chose to head a liberation movement in the form of a slave rebellion that resulted in a violent retaliation from the white supremacists in Virginia, 1831. This periodic drama film introduces the audience to the world in which Black people were enslaved in - inhumanly treated at the peril of the white race. The chilling shot of a young white child playing a game with a lynching rope around another black girls neck represents this serious period of history in a thought provoking scene.

Continue: The Birth Of A Nation Trailer

Beasts Of The Southern Wild Review

Lushly imaginative filmmaking and strong performances more than make up for newcomer Benh Zeitlin's indulgent fourishes as a new writer-director. This fable-style movie from the American South is moody and engulfing, taking us into a world would never have imagined. And that it's anchored by a powerhouse performance from a 6-year-old actress makes it even more remarkable.

This is Quvenzhane Wallis, who plays Hushpuppy, daughter of the tenacious survivor Wink (Henry). They live in neighbouring trailers in the Bathtub, a tightly knit community in the Louisiana bayou that is completely submerged whenever there's a storm. But this latest flood is worse than usual, and as Wink looks for a solution to their waterlogged problems, Hushpuppy starts to realise that her daddy isn't well. So she decides to go find her long-lost mother, who left shortly after she was born. In her imaginative mind, the flood and Wink's illness are both linked to global warming, which is thawing out the polar ice and releasing prehistoric boar-like aurochs that are heading for the Bathtub.

The key element of the story is Hushpuppy's remarkable awareness that the world is a huge place full of interconnected life, and that she is only one small part of it. But she also knows that even a little girl like her can have an impact on her environment, so her quest for her mother takes on an apocalypse-averting tone. And Wallis is simply unstoppable in the role, capturing Hushpuppy's complex internal journey with a transparency that's breathtaking. Opposite her, Henry manages to keep up with her by internalising his own performance.

Hushpuppy is a six-year-old girl with the theory that the world depends on the perfect unity of everything and if one thing collapses, the entire universe will follow. She and her sick father find themselves facing the struggle of survival as their secluded home, separated from the rest of the world by a large bayou, comes under threat from a brutal storm. In danger of losing her father and her disintegrating home, Hushpuppy must find the strength, the bravery and the skill to stay alive long enough to find her mother. 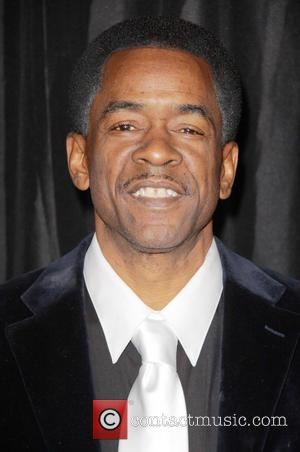