Let The Rock teach you a thing or two about earthquakes.

This year’s recipe for a successful movie really has only one ingredient: The Rock. I don’t know when a former WWE wrestler-turned-comic-relief-go-to became The Guy to call for a blockbuster project, but it is what it is. Case in point: San Andreas, which scored an easy victory at the box office this weekend. 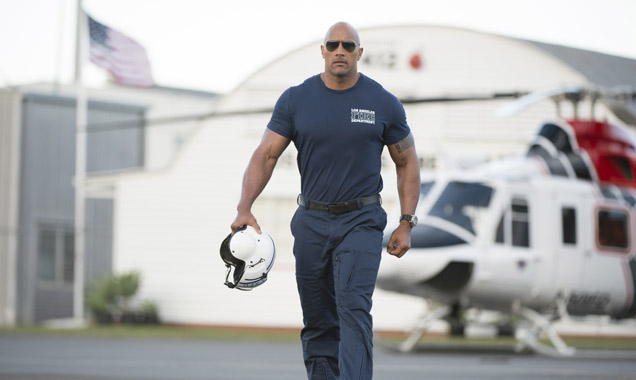 The Rock is here to save everyone (well, a couple of people anyway.)

With $53,2 million in domestic earnings, the earthquake disaster flick brought the thunder (or the shake, if you will) to the box office over the last weekend of May. According to Forbes, the movie went above and beyond early tracking predictions.

Watch the San Andreas trailer below.

The $3.1 million it earned during its early Thursday release didn’t hurt the box office total, of course. The film, which holds a B+ Cinemascore among adults 19-34, but just 49% on Rotten Tomatoes, details (spoiler warning!!!) The Rock’s (aka Ray’s) quest to save his family (and only his family) from a massive earthquake that just about destroys the state of California.

The rest of the box office chart is populated by holdovers from last week. Per Box Office Mojo, Pitch Perfect 2 is still making good money for Warner Bros. at No.2. The musical comedy made $14,3 domestic this weekend, adding to a worldwide total of $228,2 million. Tomorrowland comes in third with $13,8 in domestic earnings, bringing its worldwide gross to $133,1 for Buena Vista.