DWAYNE 'THE ROCK' JOHNSON claims Paul Walker was uncomfortable being in the spotlight and was motivated to succeed in Hollywood by his desire to help other people. 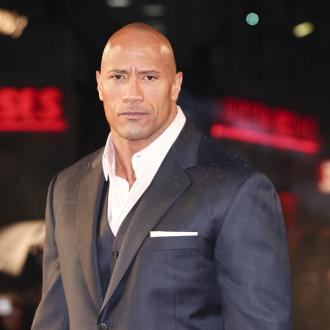 Dwayne 'The Rock' Johnson claims Paul Walker was uncomfortable being in the spotlight.

The 41-year-old actor says his late 'The Fast and the Furious' co-star, who died alongside his pal, Roger Rodas, when the Porsche they were travelling in smashed into a pole after a charity car show in Santa Clarita, California on Saturday (30.11.13), was motivated to succeed in Hollywood by his desire to help other people.

The 'Pain & Gain' star told Entertainment Weekly magazine: ''That was one of the interesting things about Paul: his reservations about being in the spotlight and being a star, whatever the definition of that may be.

''He was motivated by work that allowed him to take care of his family, number one, and that also allowed him the power and the leverage to help people in need and in crisis.''

Dwayne said that Paul's daughter, Meadow, 15, was the actor's favourite topic of conversation.

Autopsy results released in Los Angeles on Wednesday (04.12.13) revealed that the 40-year-old star died from combined effects of traumatic and thermal injuries.

Both deaths were ruled accidents and a toxicology analysis is still pending.