A Teenaged Girl Becomes Jack Black In First Footage From 'Jumanji: Welcome To The Jungle'

…While a geeky kid finds himself as The Rock.

Dwayne Johnson presented the first look at upcoming adventure Jumanji: Welcome to the Jungle at CinemaCon on Monday night.

The film, which features Johnson alongside Karen Gillan, Nick Jonas, Jack Black and Kevin Hart, is a continuation rather than a reboot of the 1995 children’s classic which starred the late Robin Williams. 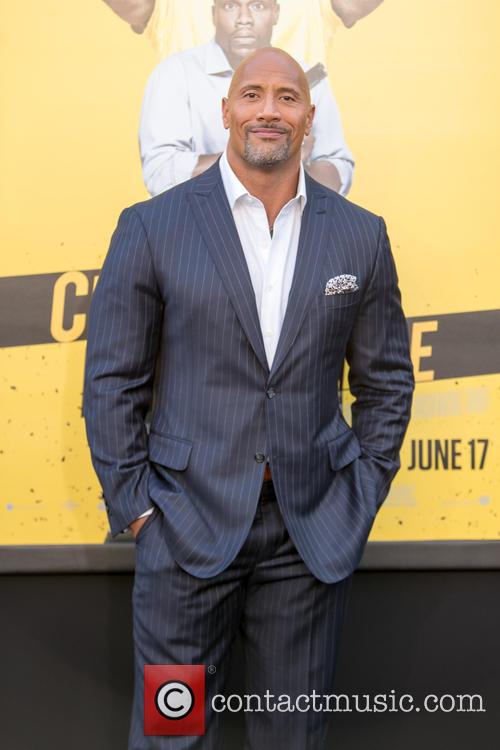 According to The Hollywood Reporter, the footage started with four high school students in detention, being forced o clean out the basement of the school. There they find an old video game console, which features the game Jumanji (yes a board game is so 20th century).

After the kids pick a character they find out that they actual become that person in the game and are transported to a jungle. It works out well for some, with the geeky kid ending up with The Rock’s muscles, while the popular girl in school finds she now resembles Jack Black.

As for Karen Gillan’s controversial costume, THR notes that, as Johnson promised, there is a comedy reason for the outfit choice.

Back in September when the first cast photo was revealed, many complained that Gillan was dressed in very skimpy clothing, compared to her male co-stars.

Responding to the criticism, Gillan herself shared the photo on Twitter and wrote: ‘Jumanji! Yes I'm wearing child sized clothes and YES there is a reason! The pay off is worth it, I promise!’

While Johnson also weighed in on Instagram, by assuring fans: ‘Our dope 90's vintage costumes will all make sense when our plot's revealed. Truuuuuust me.’

Jumanji: Welcome to the Jungle hits theatres on December 22