The 42 year-old star is set to become the villain in DC Comic's forthcoming adaptation of 'Shazam.'

Dwayne 'The Rock' Johnson will finally star in a superhero movie, and it is fair to say he is the perfect man for the job. However, any fans getting excited about his upcoming role may be surprised to hear he won't be playing the good guy. 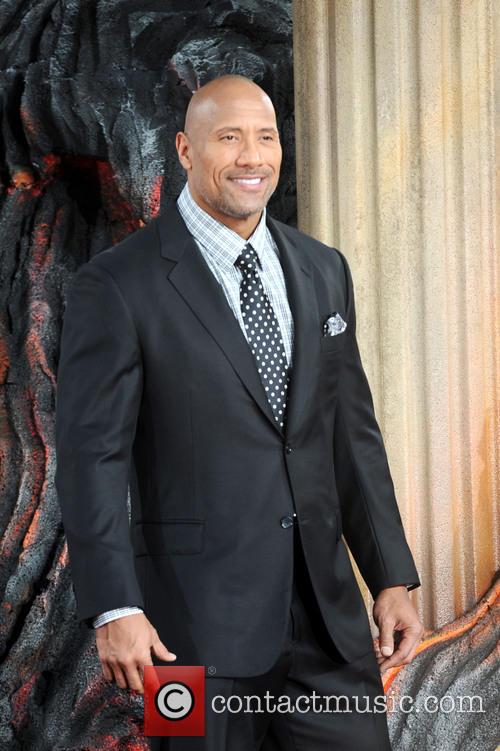 Johnson hinted he has part of upcoming flick based on DC Comics' 'Shazam' late last month, but did not specify on the character he would be playing. Although many expected the former wrestling champion to take the lead in the adaptation, it has finally been confirmed he will become the superhero's arch nemesis, Black Adam.

The 42 year-old star made the announcement himself via Twitter on Wednesday (Sept 4th), tweeting, "Kneel at his feet or get crushed by his boot." My honor to become.. #BlackAdam #TheAntiHero #DCComics," along with a photo of the two comic characters fighting.

When implying he would be tackling the villainous character last month, Johnson told the Associated Press while promoting his film 'Hercules,' "I am putting my heart and soul and my bones into this role."

Warner Bros., DC's parent company, have to yet commented on the casting or confirm if he'll be appearing in other DC adaptations, including "Batman v. Superman: Dawn of Justice,' but this isn't the first time he has insinuated about being part of the production.

Shazam, which was created in 1939, is the alter ego of Billy Batson who was bestowed with the wisdom of Solomon, the strength of Hercules, the stamina of Atlas, the power of Zeus, the courage of Achilles and the speed of Mercury by saying the word "Shazam." Black Adam as a former Egyptian prince who was originally chosen to have these powers, but his hunger for dominance was soon discovered to be uncontrollable.

Let's just hope the casting of 'Shazam' is someone who can physically match up to The Rock, which isn't an easy task!