The Rock was cooking a whole load of selfies at the London premiere of ‘San Andreas’.

Movie star, pro wrestler and now undisputed selfie king!! Yes move over Kim Kardashian, because when it comes to selfies, DWAYNE 'THE ROCK' JOHNSON officially rules. At the London premiere of his new movie San Andreas on Thursday, Johnson entered himself into the record books, breaking the Guinness World Record, for most selfies taken in a three minute period. 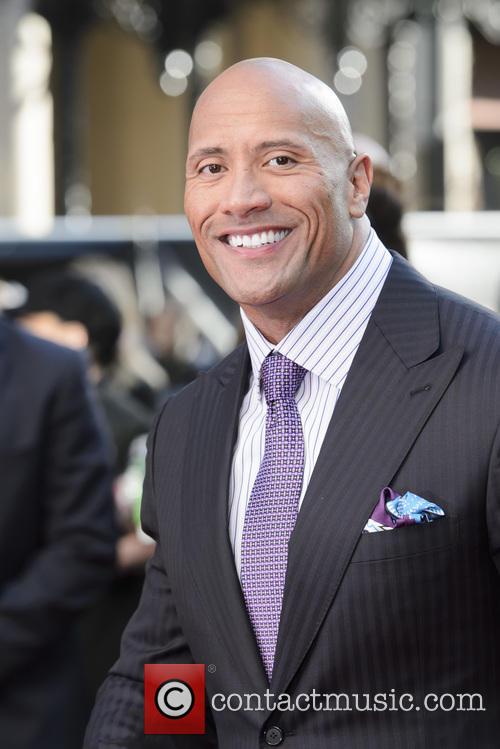 Johnson now holds the world record for most selfies in three minutes.

Johnson managed to snap 105 selfies in the three minutes, posing with fans who had queued for hours to get an up close look at the action star. But before you think that getting a record breaking amount of selfies in just three minutes was an easy task, let us assure you it what all very scientific.

With every world record comes a very precise set of rules and those for selfie taking are no different. According to the Guinness World Record website, there were certain requirements that the pictures had to meet in order to be counted.

Guinness World Records adjudicator Mark McKinley was on hand to make sure everything was above board and that all the selfie rules were followed, including that the full face and neck of participants was viewable and that the images were focused, with recognisable faces and no blurring. Any of The Rock’s pics which didn't meet the requirements were then disqualified.

Celebrating his record breaking achievement Johnson shared another selfie on Instagram and wrote, “We just set a NEW GUINNESS WORLD RECORD for most self portraits (selfies) taken in record time (yup, a selfie world record exists and your arm gets a helluva workout). WORLD PREMIERE of SAN ANDREAS and rewriting the record books all in one night.” San Andreas hits theatres worldwide on May 29th.

We just set a NEW GUINNESS WORLD RECORD for most self portraits (selfies) taken in record time (yup, a selfie world record exists and your arm gets a helluva workout). WORLD PREMIERE of SAN ANDREAS and rewriting the record books all in one night. #MicDropBoom #NewSelfieKing #LONDON #SanAndreasWorldTour MAY 29th.