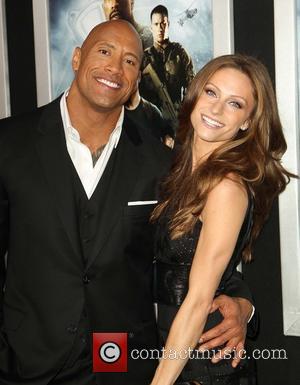 DWAYNE 'THE ROCK' JOHNSON was concerned over plans to delay the release of his G.I. Joe sequel so it could be converted to 3D, branding the decision "a risky thing to do".

The wrestler-turned-actor stars in G.I. Joe: Retaliation with Bruce Willis, but the film was left languishing in post-production after its original 2012 release date was bumped back by 12 months so film bosses could change the format.

Johnson admits he was worried about the move at first, but supported the decision as studio bosses promised it would improve the blockbuster.

He tells the Bbc, "It was frustrating... the bottom line was... everybody asked themselves a hard question, including the studios... The hard question was 'Are we as good as we can possibly be? Could we be better?' And the answers came back, 'We could be better.' Ok, 'Do we put the movie out? It'll come and go, it'll make money, might be forgotten. Or do we wait?'...

"It's a risky thing to do... I was so happy to get that call from the studio. I said I support it 100 per cent. (They said) 'We will convert it to 3D. We will create something that's amazing."

The film's director Jon M. Chu also reveals he felt frustrated by false reports suggesting he had been ordered to re-shoot parts of the movie which had been deemed sub-standard.

He adds, "We did zero re-shoots after that announcement (of the postponement)... Our whole thing was 'We can't react to any of that stuff'. It's really hard in this day and age with Twitter (and social networking sites)... people started picking up that story. But... We just tried to keep out moths shut."