Dwayne Johnson has confirmed he is in talks with producer Joel Silver and director Brad Peyton to play comic book star Lobo. 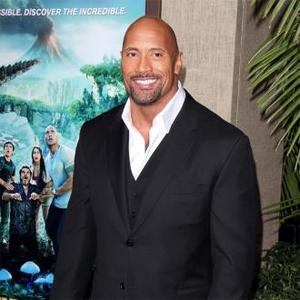 Dwayne Johnson has confirmed he is in talks to play comic book star Lobo.

The 'G.I. Joe: Retaliation' star - who also wrestles in the WWE as The Rock - took to his twitter account to reveal he has entered negotiations with producer Joel Silver and director Brad Peyton about taking on the role of DC Comics' Czarnian bounty hunter.

In response to a fan's question about whether he is playing the character, he tweeted: ''Rumors of me possibly playing LOBO are true. Joel Silver and Brad Peyton working on it now. That could be fun.. (sic)''

Earlier this year, Brad took up an offer from Warner Bros. to make the DC Comics movie as his next project.

The filmmaker teamed up with Dwayne on 'Journey 2: The Mysterious Island', which features Sir Michael Caine, Josh Hutcherson and Vanessa Hudgens, and sees the wrestler star as explorer Hank Parsons.

Dwayne's next movie role will see him portray Roadblock on forthcoming action motion picture 'G.I. Joe: Retaliation', and he recently admitted he signed up for the project because he thought there was ''room for improvement'' in the franchise after watching 2009's 'G.I. Joe: Rise of the Cobra'.

He explained: ''I was even more than 'Yeah I'm in.' But also too, you wanna be a little bit poised with your excitement at first. When I first heard it, the idea of starring in 'G.I. Joe', first of all you get a second crack at something that is - the franchise is that big, the title is that big, the first one did well [but there was] room for improvement.

''We get a second crack at bat with this; I wanted to grab this by the throat and not let go. The moment I locked in, we all agreed, I'm in.''