Dwayne Johnson Surprised His Biggest Fan By Officiating His Wedding

Dwayne Johnson made a fan's day when he got ordained in order to officiate his surprise wedding!

Dwayne Johnson surprised one of his biggest fans by officiating his wedding. Johnson has frequently been interviewed by comedian Nick Mundy for the online magazine and YouTube channel, Screen Junkies. Mundy was in for the biggest surprise of his life when his co-workers at Screen Junkies set up Mundy and secretly arranged his wedding with a little help with Johnson. 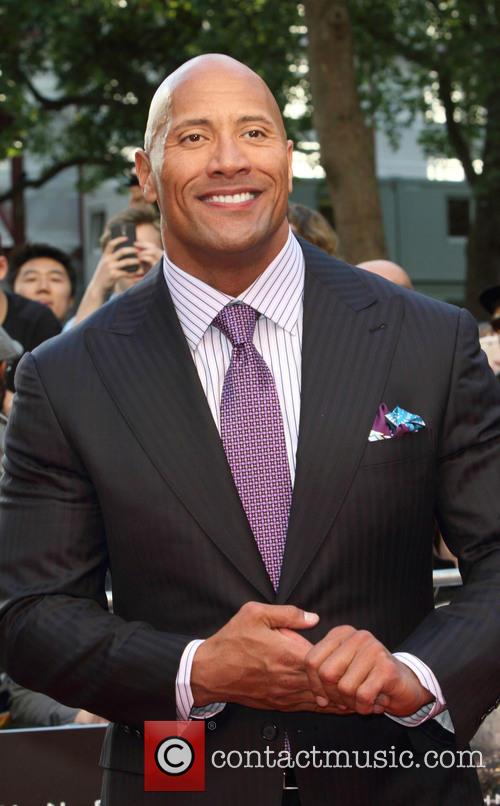 Dawyne Johnson was ordained so he could officiate a fan's wedding.

Mundy and Johnson have developed a rapport, even considering each other as friends. Johnson was asked by Mundy's Screen Junkies colleagues to help out at the wedding and he was so excited at the prospect, he got ordained in order to officiate! The lead up to the wedding and the ceremony itself was filmed by Screen Junkies for a special segment.

Mundy's fiancée was in on the act and, whilst her husband-to-be thought he was preparing a segment for work, set about preparing his dream wedding. The Screen Junkies crew had sent Mundy on an impossible mission at work and the segment idea had failed. Mundy was filmed throughout his ordeal and he is seen desperately trying to come up with a new idea for the episode. At one point, he even changes into American flag style trousers! Although his colleagues attempted to talk him out of donning the trousers, he had to wear them for the ceremony!

Johnson popped out of a room where the ceremony was going to be held and surprised Mundy. After taking Mundy in the room, Johnson revealed what was about to happen.

I've got a little surprise for you," Johnson said. "Just when you thought the day was going to be terrible, it actually is going to be the greatest day of your life."

Johnson then showed Mundy the room which was kitted out for a wedding ceremony and Mundy's reaction was incredible. As understanding gradually dawned, Mundy was first shocked then ecstatically happy. Unfortunately he wasn't quite prepared for the ceremony but still managed to make up some heartfelt vows on the spot!