Dwayne Johnson hosted SNL and got up really, really close with the cast.

Saturday Night Live came back with a bang (you'll see what I mean) last night, with an episode hosted by Dwayne Johnson himself. Clearly, any attempts at subtlety were thrown out the window. Basically, Johnson spent a significant chunk of the show with his face thrust in another man's crotch in a "standing 69." 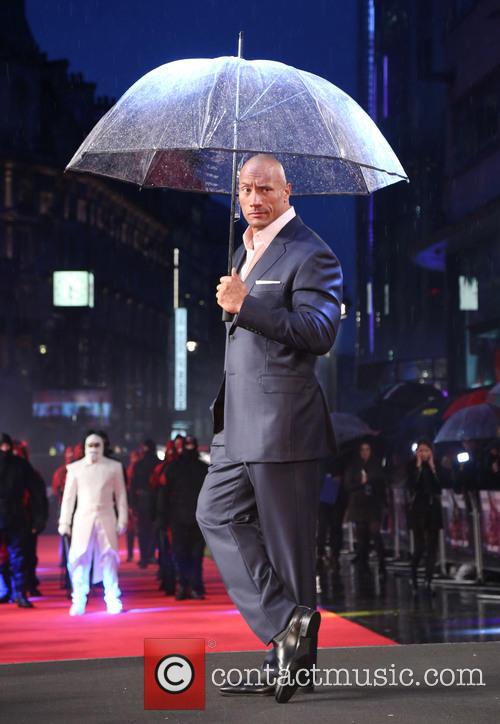 Remember, guys, the Rock is a serious actor now.

Yep, it was one of those episodes. The golden moment came during a segment depicting an "Indiana Jones" knockoff movie, "Escape From Jungle Island." Johnson, playing "Dr. Bones" - get it? Huh? You got it - plays an adventurer who finds himself on an island with a male companion, Shortlong, and a female companion, who's desperate for Dr. Bones' attention.

High quality writing there, SNL. Even better, the trio are assaulted by a bunch of natives using poison darts which land (can you guess?) on Johnson's nipple, buttocks and, eventually, his crotch. Or, more inclusively, Dr. Bones and Shortlong's crotches. The female associate - played by Kate McKinnon, natch - offers to suck out the poison, but is immediately shot down by Shortlong, who eventually cartwheels into Johnson's arms, his nether regions planted in Johnson's face, and his own face in the vicinity of Johnson's... well... Johnson.

So yeah, that happened. Elsewhere, during the cold open, Johnson reprised his role as angry president The Rock Obama, dispatching foes including Texas senator Ted Cruz (cast member Bobby Moynihan), who recently announced his intention to run for president. The Rock was also in a couple of other sketches, most notably paying homage to his wrestling roots. In the scene in question, Johnson's character, Cocoa Watchout, eviscerated his opponent (played by Moynihan) via Internet trolling - herpes and absentee dads aren't exactly the funniest of subjects, but hey, the Rock sort of made up for it.