Dwayne Johnson IS In Superhero Movie Shazam, But He's Not The Good Guy...

Dwayne Johnson has revealed the role he will be playing in the movie adaptation of Shazam.

It was only a matter of time before Dwayne Johnson got a superhero makeover, and many expected him to take the lead in the new movie based on DC's Shazam adaptation, but the story's taken a twist- The Rock won't be the hero, he's going to be the villain. 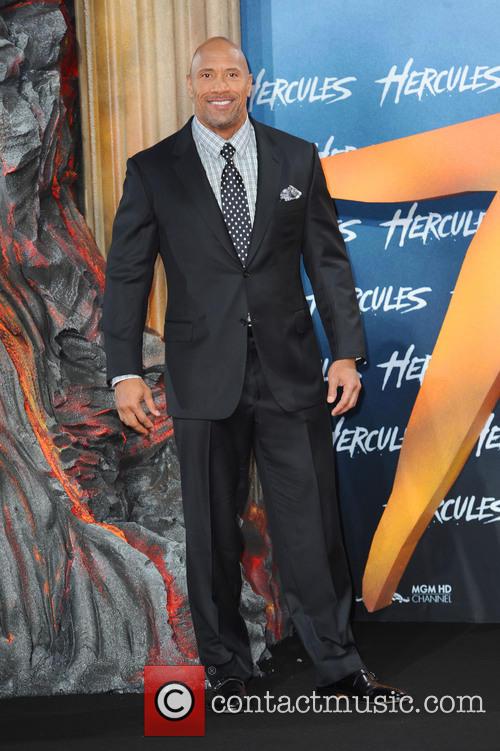 Things are going to be getting villainous for Johnson, more used to playing heroes

On Tuesday Johnson tweeted a picture of the villain Black Adam and made the announcement, saying it was his "honor to become..#BlackAdam". The wrestler turned actor has played a wide variety of roles, from an animated astronaut to a hockey playing tooth fairy, and fans have wondered for a long time when he would turn his hand to a superhero project. His latest project was the epic Hercules, in which he took on the role of the eponymous Greek hero.

Shazam is the name commonly used to refer to Captain Marvel, but it seems DC are using the nickname for the time being, perhaps to avoid confusion or association with rivals Marvel. No announcement has been made yet as to who will be playing the title role opposite Johnson.

Meanwhile, Black Adam is the son of a pharoah, initially chosen by Shazam to be his successor, but it is revealed he has an insatiable appetite for power when he kills his father and takes his throne for himself. Yikes! However Black Adam is often referred to as less straight-forwardly villainous than some of his comic book contemporaries, and is commonly referred to as an anti-hero.

New Line president Toby Emmerich has promised that Shazam will be a different kind of comic book movie from Superman or The Avengers. "It feels to me like Shazam will have a tone unto itself, it's a DC comic, but it's not a Justice League character, and it's not a Marvel comic. The tone and the feeling of the movie will be different from the other range of comic book movies."

More: Dwayne 'The Rock' Johnson Confirms He Will Star In DC Comics' 'Shazam'

"Kneel at his feet or get crushed by his boot." My honor to become.. #BlackAdam #TheAntiHero #DCComics pic.twitter.com/Qk55eNf3R7