Dwayne Johnson Named The Highest Paid Actor In The World

In a list that’s sure to reignite the debate about the gender pay gap in Hollywood, Dwayne Johnson has been named the highest-earning male movie star in the last 12 months, with an income of $64.5 million – nearly $20 million more than Jennifer Lawrence, the top-earning female actor.

Forbes published its annual list of the highest-paid movie stars in the business on Thursday (August 25th), and it revealed that ‘The Rock’ has more than doubled his earnings over the period of June 2015 to June 2016, thanks to a combination of big-budget movies such as The Fast and Furious franchise and the disaster film San Andreas, plus upfront fees for the likes of Central Intelligence, Fast 8 and the new Baywatch film. 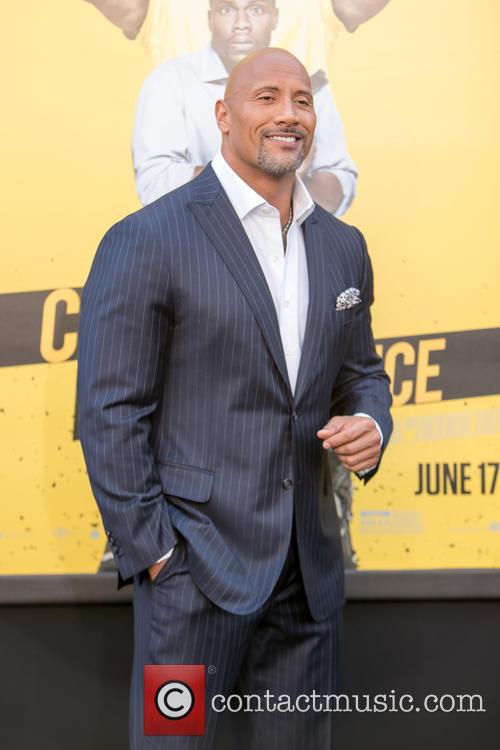 In doing so, the 44 year old displaced Robert Downey Jr. from the top spot, who had held the position for the last three years in a row thanks to his recurring appearances as Iron Man in the Marvel universe films.

However, many publications have noted that Johnson’s earnings are a lot larger than those of Jennifer Lawrence, who was announced as the highest-earning female star earlier this week. Building her income mainly from The Hunger Games, her earnings of $46 million were only 72% of The Rock’s.

Natalie Robehmed, the compiler of the list and a staff writer at Forbes, told the Independent that the difference between Lawrence and Johnson was less illuminating than the overall number of top earners.

“Though both figures are not to be sniffed at, it’s a notable difference. More interesting is the discrepancy in the number of elite earners: 18 [male] actors banked $20m or more, compared with just four women.”

Downey has dropped down to joint-eighth place in the list alongside Bollywood superstar Shah Rukh Khan, with $33 million for the year, almost a 60% drop in earnings. Jackie Chan was a surprising name in second place, with $61 million earned primarily from dealings in the burgeoning Chinese film market.

Dwayne Johnson redeems himself years after stealing Snickers from store