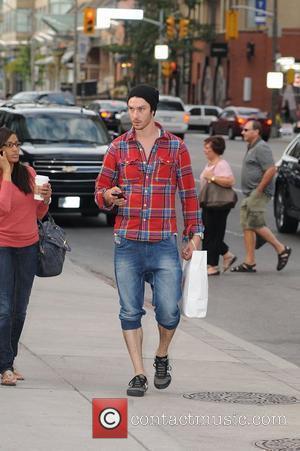 Monteith was found dead in a Vancouver, Canada hotel room earlier in the day and his Hollywood pals halted weekend party plans to mourn the star.

The sombre get together took place at the Hollywood Boulevard home Monteith shared with his pals until he moved out earlier this summer (13), according to The Hollywood Reporter.

It has now emerged that one of the last people the Canadian actor had spent time with before his death was a former acting teacher, called Maureen Webb, who joined the Glee star for dinner on Thursday (11Jul13). Monteith helped his old pal launch Project Limelight, a non-profit aid organisation, last year (12).

Tributes continue to pour in for the tragic actor, who battled substance abuse and entered rehab in a bid to tackle his demons earlier this year (13) - Selena Gomez added to the list of celebrities offering up their thoughts about Monteith's death when she posted a photo of herself hugging the actor on the red carpet at the Kids' Choice Awards in 2011, and wrote: "This hurts. I love you Cory. Rest in peace. My thoughts and prayers are with you and your family."