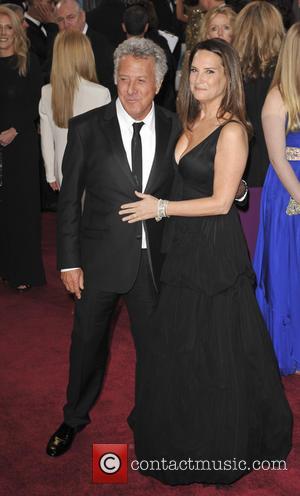 Dustin Hoffman, Kiefer Sutherland and Jamie Foxx have all backed newsman Piers Morgan in his quest to highlight gun control issues in America.

The British journalist is an outspoken critic of current U.S. gun laws and has been using his CNN talk show to campaign for a ban on semi-automatic weapons ever since a horrific shooting at a school in Connecticut in December (13).

Morgan has now revealed he has acquired some A-list support, including Hollywood veteran Hoffman, as well as Foxx and Sutherland.

In his column for Britain's Live magazine, Morgan writes, "Everywhere I've gone in L.A., I've had stars come up to me wanting to talk about my guns campaign. Jamie Foxx collared me in a lift (elevator) at (L.A. hotspot) Soho House... (He said) 'We have to deal with this problem now... ' (At the Oscars) Dustin Hoffman interrupted our red carpet interview to suddenly exclaim, 'By the way, God bless you for what you're saying about gun control'... (And at a restaurant) in Beverly Hills... Kiefer Sutherland walked over, shook my hand and said, 'I've been watching all the gun stuff you've been doing on Cnn and it's one of the bravest things I've ever seen anyone do on American television for a long time... Don't stop. It's too important. We're all behind you...' I was genuinely gobsmacked (stunned)..."

Debate over whether America's gun laws should be tightened has raged ever since the Sandy Hook school massacre in December (12), when 20 young children and six adults were gunned down in Newtown, Connecticut.