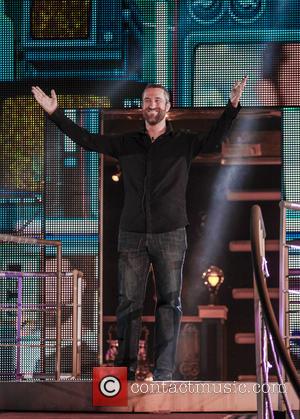 Actor Dustin Diamond's attorney is working towards "a resolution" of charges relating to a Christmas Day (25Dec14) bar stabbing in Wisconsin.

The Saved By The Bell star pleaded not guilty to a felony count of reckless endangerment and misdemeanours of disorderly conduct and carrying a concealed weapon last month (Jan15), after he was involved in a holiday brawl at the Grand Avenue Saloon in Port Washington.

According to the criminal complaint, Diamond told police the stabbing was an accident, which occurred as he stepped in to defend his fiancee, Amanda Schutz, during a fight with other patrons.

He and Schutz, who is facing a misdemeanour disorderly conduct count, returned to court on Thursday (19Feb15), when legal representative Thomas Alberti told Circuit Judge Paul V. Malloy he was in negotiations with prosecutors to settle Diamond's charges.

Meanwhile, the judge also gave Schutz until 19 March (15) to find a new attorney to represent her case in the event Diamond's does reach the trial stage, as Alberti is currently working with both as clients.

Diamond faces up to 10 years behind bars if found guilty of the felony.