Duran Duran Worried Career Could Be Over After Vocal Damage

Duran Duran worried their career could be over when Simon Le Bon damaged his voice during a show in France last year. 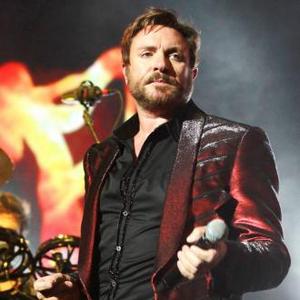 Duran Duran worried their career could be over when Simon Le Bon lost his voice.

The 'Ordinary World' rockers feared their touring days could be over when the singer damaged the muscles controlling his vocal chords during a live performance in 2011, and took three months to recover.

Simon told TV show ET online: ''Last year we were playing a show in the south of France and I went for a high note and lost my voice.

''None of us really knew whether we were going to be getting back on the road at all.''

Simon temporarily lost the top of his vocal range and the band had to postpone a string of dates, but he worked with therapists to restore his vocal cords and took a break, and now feels his voice is stronger than ever.

He explained: ''I actually had an improvement in range. And when that happened I knew things were going to get better.''

Duran Duran were recently hoping to showcase Simon's new and improved vocals at Britain's Diamond Jubilee concert, but were upset angry after the event's organiser, Take That singer Gary Barlow didn't choose them to appear.

Simon, 53, added: ''I absolutely wish Duran Duran had been part of the Jubilee concert. But it was a Gary B booking, and he didn't want us (sic).''