Pop Veterans Duran Duran Will Be The First Recipients Of The Mtv Video Visionary Award When The Rio Hitmakers Are Honoured At The Mtv European Music Awards On Sunday (25oct15). 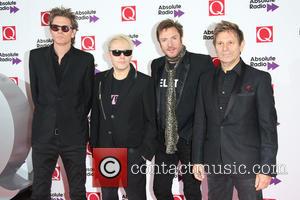 The new award honours artists who have made an undeniable impact on music videos.

Frontman Simon Le Bon and his bandmates are thrilled by their latest accolade, telling MTV, "It is no coincidence that our rise was paralleled by the growth and ultimate world domination of MTV. The birth of music videos as a way to simultaneously bring our music to a global audience revolutionised the business.

"We took this new short form of filmmaking and tried to make it our own."

"We have had some incredible experiences over the years making our videos," a statement from the band continues. "We have worked with some of the most talented directors in the world, without whom we would not be honoured here today. We are really proud to be the recipients of this new award. Thank you MTV."

Duran Duran will be in Milan, Italy for the ceremony, which takes place a day after the British pop group performs at the city's fabled Piazza del Duomo.

The MTV EMAs will be co-hosted by Ed Sheeran and Ruby Rose, and performers include Pharrell Williams, Justin Bieber, MACklemore & Ryan Lewis and Andrea Bocelli.