Duran Duran Keyboardist NICK RHODES Was Once Approached By An Obsessed Fan Who Handed Him A Knife And Asked Him To Stab Her In The Heart. 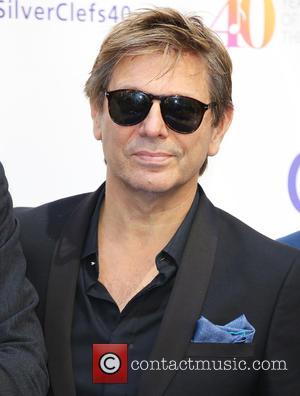 The incident occurred while the pop stars were in Paris, France in the 1980s, and frontman Simon Le Bon reveals the woman appeared to be serious about the request.

He tells Britain's Daily Mirror newspaper, "She wanted it to be Nick who ended her life. So she asked him to stab her in the heart."

Rhode, who refused the request, adds, "It was quite intense, she had a cloak on. I hope she went on to live a fulfilled life."