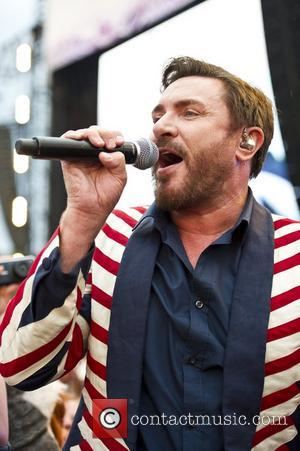 Duran Duran's 2011 concert film, directed by David Lynch, has become one of the first big success stories of this year's (13) Cannes Film Festival.

Arclight Films executives have snapped up the international rights to Duran Duran Unstaged and plan to launch it during the festival in France, which began on Wednesday (15May13).

The band was filmed by Twin Peaks director Lynch performing at the Mayan Theatre in Los Angeles as part of an online concert streaming initiative. The footage aired the same night as the gig, but it has not been seen since.

Arclight Films managing director Gary Hamilton tells Wenn, "We're honoured to be representing this unique film, and working with such an incredible team of entertainment industry professionals, whose artistic endeavours have had such a profound effect on people all over the world.

"Duran Duran Unstaged is a breakthrough in moviemaking. It's an experience that marries the arts of film and music in a distinctly creative and refreshing manner that will appeal to audiences worldwide."

Talking about filming the concert, which featured Mark Ronson, Gerard Way, Kelis and Beth Ditto, director Lynch says, "The idea was to try and create, on the fly, layers of images permeating Duran Duran on the stage. (It was) a world of experimentation and some happy accidents."