Posted in Press Releases on 08 September 2014 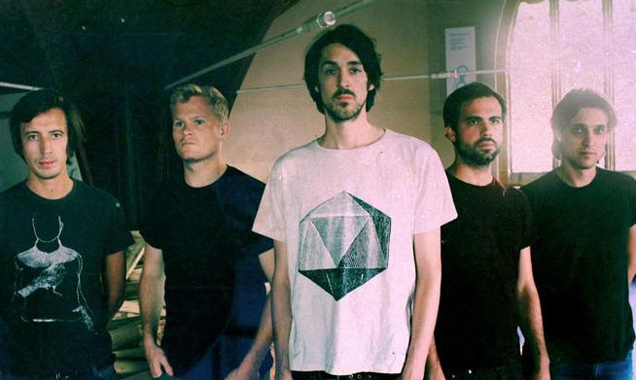 London-based band Duologue have unveiled a stream of their upcoming new album Never Get Lost on Soundcloud. Never Get Lost was written, recorded and produced by the band themselves in London, New York and Kent. The band co-mixed the record with Ian Dowling (Jungle/Cloud Control). Never Get Lost is a record that best portrays Duologue - an expressive, melodic guitar band with glitchy electronica at their heart and soul. It defies categorization or genre, without being alien.

The band also released a music video for Never Get Lost track "Memex," which premiered over at Nowness. The film created with FBFX Digital and Analog was made by rigging 94 cameras to create a high-resolution body-scan of veteran actress Beryl Nesbitt, also capturing a sunset through a window and used it as a spherical panoramic HDR photo. "This project is the beginning of a deeper study into filmmaking for the virtual-reality environment," says Marshmallow Laser Feast's Barney Steel of the collective's film made with Duologue. "We wanted to go beyond the limits of our eyeballs. A friend of ours had passed away and there was a huge outpouring of emotion online, people sending photographs and sharing stuff," says Duologue's Tim Digby-Bell of the emotional roots of the track, taken from the band's forthcoming album  Never Get Lost. "It felt like the online world had replaced our memories, our most sacred and intimate space, and replaced them with data. I found it harder and harder to remember her outside of the

photos and the comments, so I tried to put it into the music." Watch the mind-bending video collaboration below.

The band have also announced a tour this autumn with Kodaline. Beginning on October 15 in Anaheim, CA at the House of Blues, the band will travel from coast-to-coast through November, culminating in a November 7 show at Terminal 5 in New York City. For the full itinerary, see below.

In addition to this the band will headline London's Oslo on September 17th with special guests to be announced.  Tickets are available now here

Duologue are touring in support of new album Never Get Lost, which finds the quintet in uncompromising form, building ambitiously on their brooding electronic sound from 2013's Song & Dance LP, and nurturing it into somewhere that references their broad range of influences, but finding them come together in a unique and unexpected place. The band released a much blogged about EP Memex in Spring of 2014.

'We wanted to write an album about a person's struggle in the digital age and the changing landscape of relationships, to explore the concept of being alone together in a curious kind of public solitude. The album is a reflection on that anxiety but also a search for some meaning and solace within it."  Never Get Lost is available to pre-order now on ITUNES