Azeroth is a beautiful and civilized kingdom, it's human inhabitants are goverend by their much loved king, King Llane Wrynn. When a mysterious porthole is opened up between Azeroth and the orc world of Draenor, the civilians of Azeroth are left fearing for their life. The Orcs face extinction from their old world and the humans know they will bring destruction of their own should they find a home in Azeroth.

As war spreads across the land, the king seeks advisal from his most powerful knights to decide what action to take to protect the capital. The king is dubious about the Orcs abilities, they huge creatures but are known more for their brutish ways than their  intelligence. Anduin Lothar is the kings highest knight and feels there's a far deeper problem than first thought. Anudin and a small group of fighters must find a way to put an end to the battle before their land is lost for good.

Warcraft: The Beginning is based Blizzard Entertainment's online role-playing game and features some of the characters seen in the games.

Annie Lennox, Gary Oldman and Lorde all paid tribute to the late icon in a special segment at the end of Wednesday night's Brit Awards.

David Bowie’s son has praised the Brit Awards tribute to his father’s influence carried out by Gary Oldman and Lorde last night.

The 2016 Brit Awards, held at London’s O2 Arena on Wednesday night, saw the late pop legend honoured with a Brits Icon Award presented by Oldman, followed by a performance of ‘Life On Mars?’ which saw Lorde supported by Bowie’s backing band. Eurythmics singer Annie Lennox presented the award near the end of the evening, which Bowie’s friend Oldman accepted on his behalf.

Jones said that he and his wife Rodene Ronquillo told Bowie the news at Christmas time.

Duncan Jones, son of the late David Bowie, has revealed that his father learned shortly before his death that he would be a grandfather.

On Wednesday (February 10th), a month after his father passed away from cancer, 44 year old Jones tweeted a heartfelt message saying that Bowie had learned at Christmas time that he would become a grandfather. A hand-drawn cartoon of a baby with an umbilical cord protruding from its stomach accompanied the message, with a speech bubble saying ‘I’m waiting’.

By Charlotte Court in Music / Festivals on 18 January 2016

When Duncan Jones confirmed the world’s worst fears that his father, David Bowie, had passed away on January, 10 he said he would be remaining offline for a while as he came to terms with his tragic loss. However, Duncan has now broken his hiatus to share a poignant thank you letter written to his father from a Welsh doctor a week after his death. 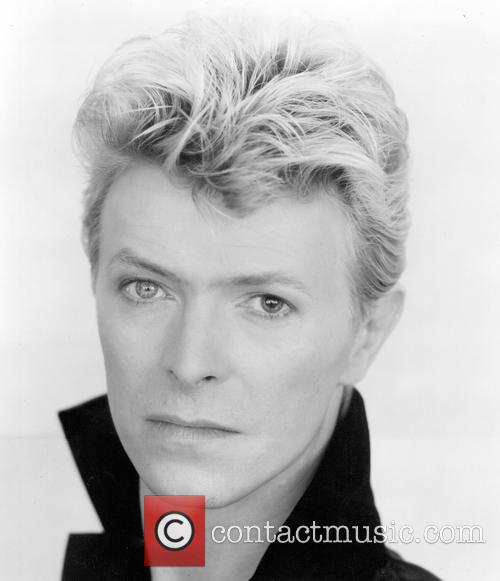 The iconic David Bowie passed away from cancer earlier this month

After years of peace, dark forces fall upon the world of Azeroth as it stands on the brink of war, when their civilisation is faced with invasion from the fearsome Orc warriors.

With their homeland of Draenor dying, the Orc race has only one chance of survival, to flee their home and attempt to colonise in another world. But as war breaks out the Dark Portal opens to connect the two worlds, with the human army facing destruction and the Orcs battling extinction.

From opposite sides, two heroes, Anduin Lothar, leader of the humans, and Durotan, leader of the orcs, are sent on a collision course that will decide the fate of their family, their people and their home.

An Irreplaceable Super Bowl For Beyonce As She Reaches Her Performing Destiny, Yoda The Movie Anyone? And, The Duchess of Cambridge Debuting Her Baby-Bump

Irreplaceable: Beyonce showed over 100 million television viewers why she's the biggest R&B star on the planet at the Super Bowl on Sunday. Her rip-roaring LIVE set was very much the talking point after the game (won by the Baltimore Ravens, by the way).

Yoda The Movie? Hot on the heels of news that J.J. Abrams will helm Star Wars Episode 7, Disney has announced its intention to make several Star Wars spin-off movies over the coming years. Speculation that Jabba The Hut, Darth Vader and - lord forbid - Jar Jar Binks could helm the films is rife, though good old Yoda is the big favourite for the first movie.

You’d think people would have taken heed from the critical and commercial disaster of Battleship – the film based on the slow, methodical strategy game; it would appear not, though, with World Of Warcraft being turned into film ‘Warcraft’. What World Of Warcraft does have going for it is that it’s a heck of a lot more popular than the game of Battleship ever was (and we loved Battleship), and it’s now also got David Bowie’s son Duncan Jones confirmed to direct it.

Jones, in case you weren’t sure, has built a steady but low-key reputation on producing thought-provoking sci-fi films. He made his directorial debut with the well-received Moon, starring Sam Rockwell, in 2009; in 2011 he made the Jake Gyllenhaal-starring Source Code. However, both those films were made on a comparative shoestring to what he’s expected to be given budget-wise for this project, with The Hollywood Reporter suggesting that studio Legendary Pictures could spend upwards of $100 million on the flick. Pressure time.

Elsewhere, it’s been revealed that Thomas Tull and Jon Jashni have been confirmed to produce for Legendary, alongside Blizzard and Atlas Entertainment’s Charles Roven and Alex Gartner. It was Blizzard who of course created the original World Of Warcraft Game. Personally we think the film’s going to have to go some to top the hilarious South Park skit of the game back in its 10th season, titled ‘Make Love, Not Warcraft’.

Captain Colter Stevens is a respected soldier and is involved in a government project set up as a counter terrorist strategy. The science is new and it's very experimental but scientists have found they can enter lives of others 7 minutes before the die by entering into a source code computer programme.

Watch the trailer for Moon.