Director Peter Farrelly has confirmed a sequel to 'Dumb And Dumber' starring Jeff Daniels and Jim Carrey is to begin shooting later this year. 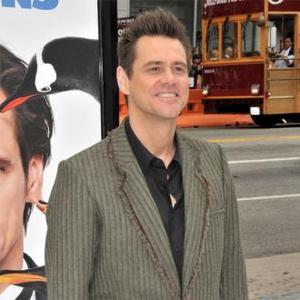 A 'Dumb And Dumber' sequel will start shooting in September.

Peter Farrelly - who directed the first instalment of the comedy film in 1994 - has confirmed Jeff Daniels and Jim Carrey are on board to create the follow-up, which will not be similar to 'Dumb and Dumberer', a 2003 prequel in which neither of them starred.

Peter said: ''We're getting set to shoot 'Dumb and Dumber 2' in September. It's the first sequel we've ever done and we've got Jim Carrey and Jeff Daniels back.

No story is yet known for the picture.

The first film told the tale of two idiotic friends - Lloyd Christmas and Harry Dunne - and their mis-adventures on a road trip around the US.

It took $247 million at the international box office.