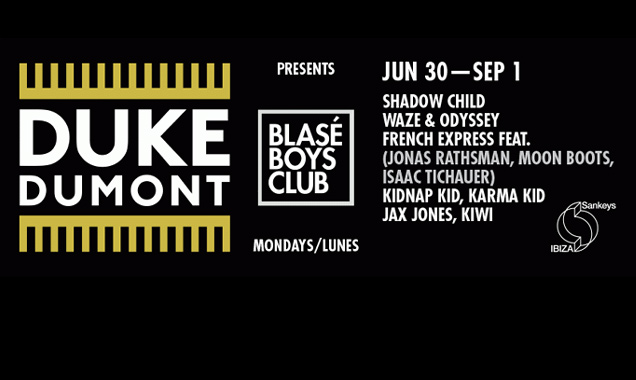 Chart topping dance music sensation Duke Dumont presents a new offering from his imprint and artist collective with Blase' Boys Tapes # Vol 1, the inaugural installment of exclusive mixes coming from the moniker. The mix features 5 new and exclusive Duke Dumont tracks that will see release in August, as the latest installment of For Club Play Only, the influential and vaunted 12" club series which gave us Duke Dumont staples such as 'The Giver', 'Streetwalker' and 'Thunderclap'.

The summer ahead promises to be a busy one for Duke and co., who have recently announced what is likely one of the most talked about residencies in Ibiza this summer. The label boss, producer and DJ will be at Sankeys for eight dates in 2014 with his Blasé Boys Club.

Joining him will be first Blasé Boys Club signings: Londoner Kiwi, of labels like Needwant and Deep Shit, who counts Andrew Weatherall and Erol Alkan as fans, and 'I Got U' collaborator Jax Jones, a fresh production talent with a penchant for big vocal cuts. Others making an appearance will be Swede Jonas Rathsman, who was recently declared 'Future Star of 2013' by BBC Radio 1's key dance gatekeeper Pete Tong, fast rising UK producer Karma Kid, the feel-good French Express label crew and in-demand producer Shadow Child.

Also in attendance will be resident Andy Baxter, an Ibiza legend who's name has become synonymous with fantastic DJ sets at the world famous Café Mambo for years, Black Butter Records man Kidnap Kid, who's latest single 'Stronger' has propelled him to new heights, and tech house duoWaze & Odyssey who have put out records on Futureboogie and Kerri Chandler's Mad Tech among others. 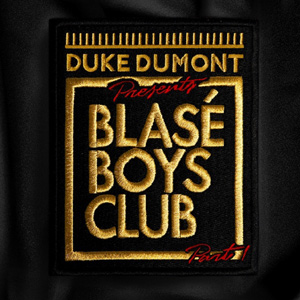