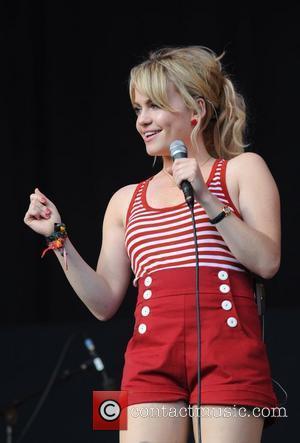 Welsh pop star Duffy is set to shock fans - after recording a steamy new music video which depicts her in bed after having sex.
The 23-year-old - full name Aimee Ann Duffy - is depicted in the video for new song Stepping Stone as a 1960s sexpot who is seduced by a stranger in a nightclub.
And the clip promises to stun - the singer will be seen lying nude in bed, with only sheets to protect her modesty.
A source tells British newspaper the Daily Star, "This video will be one of the hottest ever released - very suggestive but tasteful. The sexual encounter will be hinted at but not shown."