Duffy has revealed she almost quit music because she was disillusioned after promoting her first album. 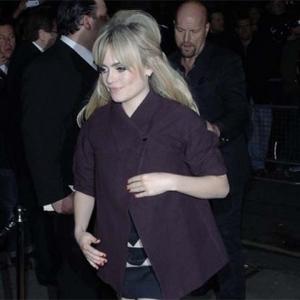 The Welsh singer became a worldwide star in 2008 thanks to her debut 'Rockferry' - which globally sold 6.5 million copies - but admits she found promoting the album difficult and almost quit the music business altogether.

She said: "I thought about walking away, I really did. Not because I thought I'd done it. It's just that I missed the simple things in life. Life had got so complicated.

"I forgot for a while what my job was, what my role was. I'm not a model. I'm not a celebrity. So who am I? It all gets so complicated. Holding onto your integrity is really difficult."

The 'Well Well Well' hitmaker revealed she spent so much time travelling to promote the album that she once forgot what country she was in.

She told Walesonline.co.uk: "One incident that has stayed with me is trying to speak Spanish on a French TV show. That was embarrassing as I didn't know I was in France. At the end of touring 'Rockferry' I needed to be reminded of what I was here to do."

However the 26-year-old singer said she rediscovered her love for music after being contacted by legendary songwriter Albert Hammond - father of The Strokes guitarist Albert Hammond Jr.

She said: ""He asked to meet and I had no idea about his background. We did a few days in LA, a week in Spain, a week in London and it was done swiftly. We had these songs and in my heart they sounded so charming on acoustic demos. And that is what I needed to hear.

Duffy's second album 'Endlessly' will be released on November 29.