Duffy: 'Jones Is Not My Father' 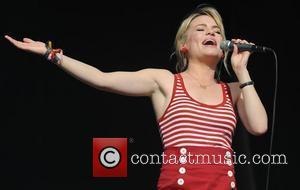 Welsh pop star Duffy has been forced to admit her parentage - after reports emerged she was the love-child of SIR Tom Jones.
The 23-year-old - full name Aimee Ann Duffy - says she is repeatedly forced to dispel rumours in her home country that the veteran singer is her father.
She says, "I know I'm dealing with this on a daily basis. It's kind of bizarre. You've just got to let go and almost laugh at it because you can't control what people say or assume."
And Duffy insists her father is named John and runs a bar in her hometown of Nefyn, north Wales.
She adds, "My dad is such a sweet guy. I don't know if he has read the accusations about potential fatherhood."