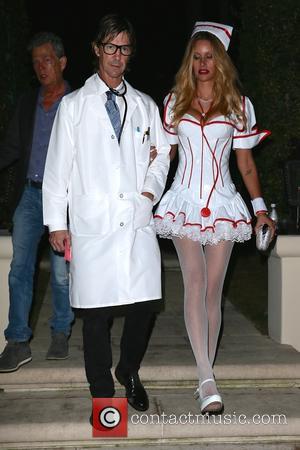 Rocker Duff Mckagan is contemplating selling off the publishing rights to the GUNS N' ROSES songs he co-wrote to avoid his children becoming accustomed to a life of privilege.

The 50-year-old bassist admits he has been raking in the royalties from his former band's back catalogue, including smash hits Paradise City and Welcome to the Jungle, for years, but he is not sure it is something he would want to his daughters with his model wife, Susan Holmes, to inherit.

During a candid chat on Hatebreed frontman Jamey Jasta's official podcast, The Jasta Show, he says, "I may (sell it) when I'm 65 or something. I might.

"I don't know if it's something I wanna pass down (to my children). I don't know if I want my kids to (have the attitude of)... 'Hey, cool, look at this. Free money coming in.' I don't know if that's the right way... That's a parenting query that I'm going through at this point. My kids are growing up way different than I grew up (sic)."