Rocker Duff Mckagan Is In Talks With Members Of Alice In Chains To Write The Band's Official Biography. 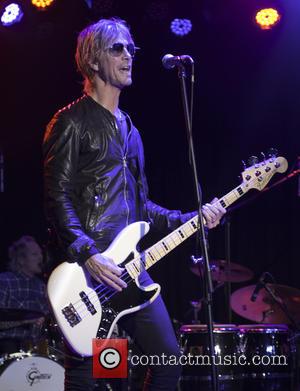 Picture: Duff McKagan - Adopt the Arts presents 'An Evevning Honoring Billy Gibbons and Butch Trucks For Their Contributions To Art and Culture' held at The...

The former GUNS N' ROSES star has become a keen writer in recent years, producing columns for SeattleWeekly.com and ESPN.com, while he also penned his autobiography, It's So Easy (And Other Lies), which was released in 2011, and a new book titled How to Be a Man (and other illusions).

MCKagan is now hoping to tell the story of another band by writing a book about Alice In Chains.

In an interview with journalist Katherine Turman, he reveals, "Just last week, I talked to Sean (Alice In Chains bassist Sean Inez). Friday night, we talked at length. Like, 'If you want me to do it, now's the time, 'cause I'm done with this book. I'll have this summer that I can start on it, you guys are working on music, you can put your record out, put the book out...' Like, make it a whole thing. I'm a proponent of that band, I think it's just a victorious story."