Duff Mckagan Gets Loaded In August

Duff Mckagan's Loaded will start recording their new album in August after writing material for the past few months. 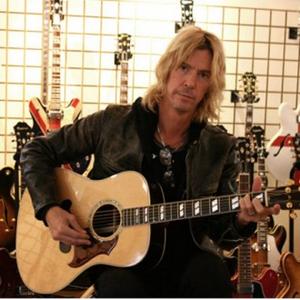 The rock group - led by the former Guns N' Roses and Velvet Revolver bassist - have been busy writing songs for the LP and are now looking forward to getting into the studio to lay down some tracks.

A statement said: "We have been writing for the last few months and next week we start pre-production on the new LOADED record! We couldn't be happier and we think you f***ers will be, too!

"As it is looking, we will be recording it in August and thus begins LOADED Mach III! (sic)"

Last year, drummer Geoff Reading quit the band and was replaced by Isaac Carpenter, who has previously worked with Loudermilk, Gosling, Ours and The Exies.

As well as McKagan and Carpenter, the group also consists of bassist Jeff Rouse and guitarist Mike Squires.