By James Hopkin in Music Reviews on 05 August 2015

Whether he's constructing complex synth-laden arrangements or simply working with a guitar and a tape recorder, Real Estate's Matt Mondanile has always managed to create an effortless, breezy sound which perfectly accompanies those precious bits of time in which we find ourselves doing nothing much at all. Whilst retaining the dreamy ramblings of past Ducktails releases, Mondanile's latest offering marks a progression in the Ducktails project in that it unites the lo-fi, three chord pop of 2011's 'Arcade Dynamics' with the sprawling synthesizers and sharp production of 2013's 'The Flower Lane'. 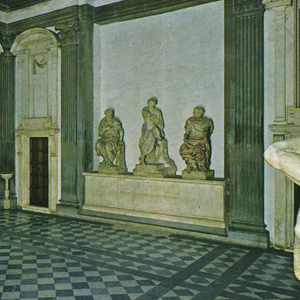 Lead single of 'St. Catherine', 'Headbanging In The Mirror', opens with a reverb-laden guitar line before wallowing keyboards and Mondanile's distant vocal join the mix. Unlike much of the material on 'The Flower Lane', in which electronics and keyboards determined the direction of the songs, the tracks on 'St. Catherine' host an even balance of organic instruments and synthesizers. Although this sharp, well-calculated result may be due in part to the fact that Rob Schnapf, who has worked with Elliot Smith and Beck, was on production duties, credit must also be given to Mondanile who has evidently honed his sound and assimilated aspects of the previous two Ducktails releases to find a well-balanced mix on 'St. Catherine'.

Yet, while past influences ring true, with regard to the lyrical themes he addresses on the album, there seems to be a departure from previous material. The religious imagery scattered throughout the album often creates a sombre effect when set against the melancholic instrumentation. On 'Heaven's Room', for example, Julia Holter provides guest vocals which resonate amongst stark strings and glittering synthesizers whilst Mondanile discusses confessing his sins and finding himself "lost in heaven's room". Moreover, religious suggestion permeates title track 'St. Catherine' as Mondanile alludes to "the image of an Angel's eyes" and being "blinded by the light".

By Dom Gourlay in Music Reviews on 31 January 2013

As side projects go, Matt Mondanile's Ducktails has proved just as fulfilling to date as his role on guitar with the equally acclaimed Real Estate. While his first half dozen releases amounted to little more than a collection of sparsely produced bedroom experiments, 2011's 'III: Arcade Dynamics' highlighted Mondanile's glowing potential as a prolific songwriter not to mention conscientious arranger-cum-producer. 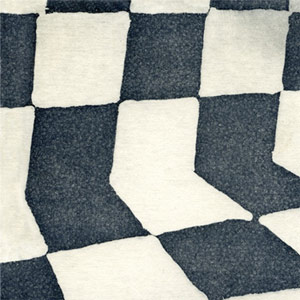 Here, he's assembled an impressive collection of conspirators; Cults' Madeline Follin, Daniel Lopatin from Oneohtrix Point Never, Sam Mehran of Outer Limitz not to mention Al Carlson - whose most recent work saw him take over the whole production mantle on Peaking Lights' 'Lucifer' - overseeing the mixing process here. Add to that fellow New Jersey ensemble Big Troubles providing much of the musical accompaniment on the record; an underrated combo themselves as 201' 'Romantic Comedy' long player ably demonstrated upon release, if cruelly ignored by the masses.; and you've a concoction of riches good enough to enhance any collection of songs.

With 'The Flower Lane', recorded over the course of last summer in his hometown, Mondanile has managed to channel the ideas bristling from his previous records with a psychedelic pop sheen that recalls The Byrds, 'Sonic Flower Groove' era Primal Scream, and even Talking Heads in places. While opener 'Ivy Coloured House' announces itself via its creator's "Well hello it's me again." and Rickenbacker melody chiming succulently alongside, the melodramatic title track shows a more intrinsic side to Mondanile's nature ("Now she's gone and I feel a mess").